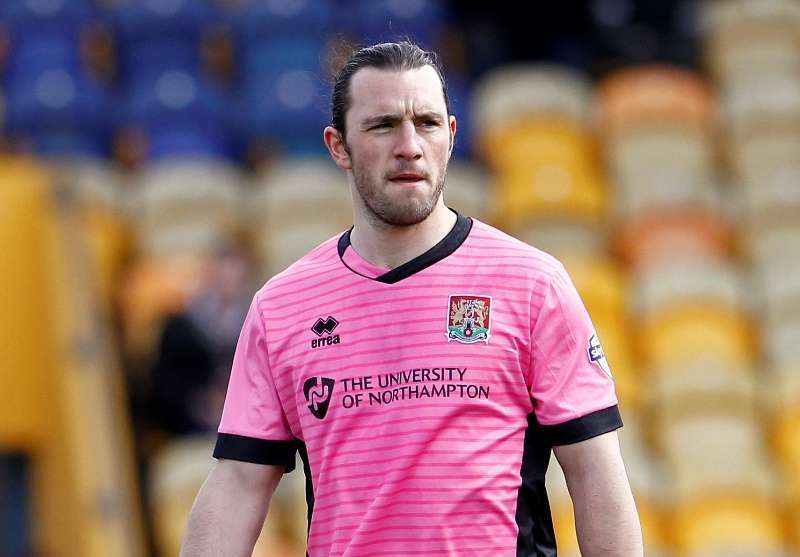 I get on pretty well with everyone, to be honest, but one person I would pick out is the kit man Adam Moreton, who was named our club person of the season. He’s just a top man and will always help you out if he can.

Chris Hackett is out on loan at Barnet at the moment, but I’d say he can be pretty tight and I think he gets a bit of stick for it, too.

Nicky Adams and a close second is Ryan Cresswell. Nicky wears the same rubbish trackies every day. His gear is terrible. Cresswell’s trainers are awful as well.

Marc Richards and Jason Taylor try their best, but it’s normally pretty bad. It’s usually some heavy pounding dance music, which can be a bit repetitive. Chris Brown, in particular, is someone I cannot stand.

We are all normally quite good with punctuality, especially as you can get fined if you’re late, which nobody wants. I am sure everyone has been a bit late once or twice this year, but I won’t name names!

There’s a few I can name. Marc Richards, Ricky Holmes and Jason Taylor are all quite close with the gaffer, Chris Wilder. Almost like his best mates!

I’ve heard Sam Hoskins is pretty bad, but from experience Aaron Cresswell is pretty poor too. I wouldn’t dare eat his stuff again. His spaghetti bolognaise, when I had it, was definitely not the best.

I don’t mind having a go actually and showing the boys how it’s done. John Marquis has got a few moves, too. He doesn’t mind getting up on the dance floor. I throw all sorts, anything from Ricky Gervais to MC Hammer and Elvis!

Nicky Adams cannot always handle his drinks, unfortunately. He’s always the butt of the jokes, so it’s probably him!

There’s quite a few front runners here. You could almost take your pick. Nearly everyone has a bad one, but Nicky Adams’s is terrible. It’s hard to describe – some kind of angel I think. A few of the lads have sleeves and they all look the same to me.

John Marquis and Ricky Holmes are the brownest men and they have a better tan than most, come rain or shine.

I would love to have a go at management. I have done up to level two coaching badge, which is quite a low level, but I would like to give it a go. I’d like to think I would take a bit from every manager I’ve had and put my own spin on it. Claudio Ranieri is an inspiration at Leicester. He’s such a likeable guy and he’s got the best out of those players. I am an Arsenal fan so Arsene Wenger is someone I have always looked up to.