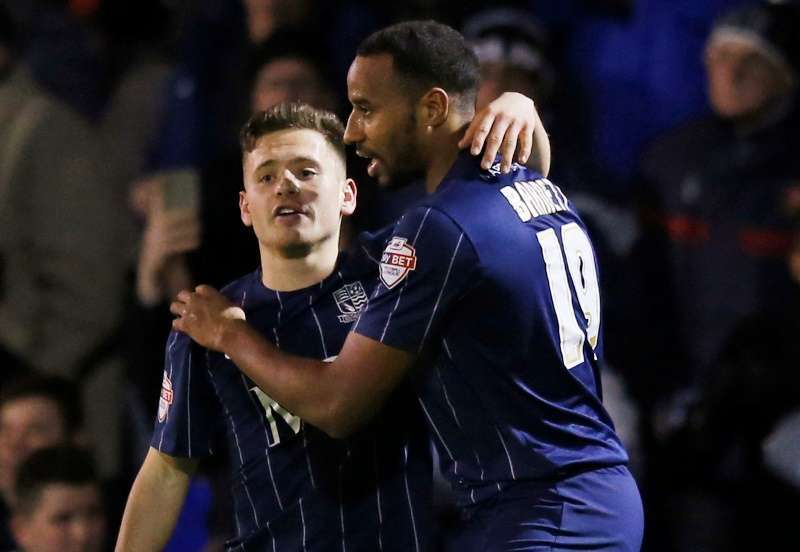 I went to see Aston Villa play against Leeds United when I was a kid. I was a big Villa fan, so it was really exciting seeing my team play up close for the first time. The details are a bit of a blur, but I remember Dwight Yorke was playing. It was incredible to see a player like that in action.

Les Ferdinand. My aunt Barbara used to say that me and him have a bit of a resemblance, which I still can’t see myself. But, with me being a striker, he was the kind of player I looked up to when I was younger.

I got a pair of Diadoras when I was about ten or 11. My mum, Beverley, bought them for me and they were the best present I could have asked for. It was a great feeling to open the box and put them on for the first time.

That was a Manchester United kit. It was an old one, with the ‘Sharp’ logo at the front but nothing on the back. It actually belonged to a mate of mine, called Wesley, but he gave it to me and I fell in love with it. I suppose that’s why I have a bit of a soft spot for United to this day, even though I’m a Villa fan.

I remember that very well. I was 24 years old, playing for Macclesfield Town after moving from Hednesford Town in the summer. It was the first game of the season, against Stevenage, so I was feeling really nervous as I had very high expectations of myself to perform, now that I was a professional. But, once I got on to the pitch and scored a goal, the nerves started to settle.

The same game – I scored on my debut! I was feeling really nervous until the ball fell to me in a shooting position. I just swung my leg towards goal and, when I saw it hit the back of the net, my nerves went just like that and I began to play my natural game.

I was on loan to Oxford United, playing against Newport County, and it was a second bookable offence. The feeling you have in that dressing room is just the worst. You feel like you’ve let the fans, team-mates, manager and everyone down. Fortunately, I didn’t get it as bad as I thought because we still ground out a 1-0, but I still felt guilty and apologised to everyone in the dressing room when they came back in at full-time.