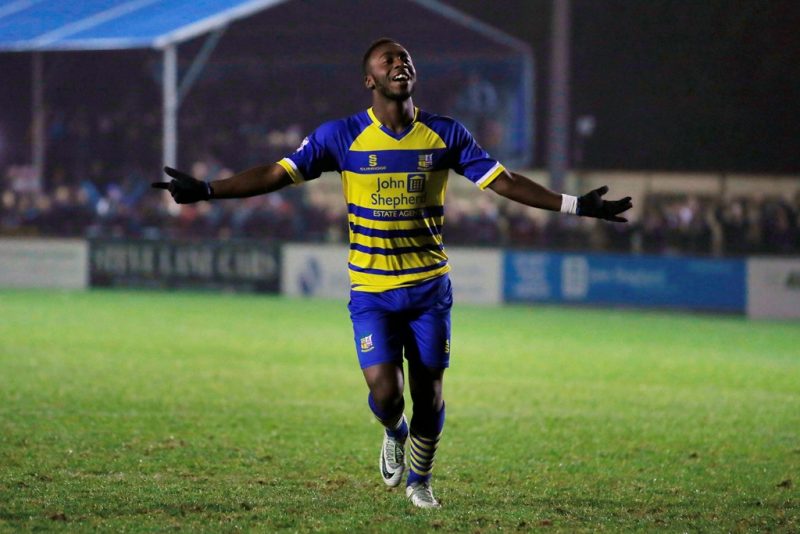 Mansfield have agreed a deal to sign forward Omari Sterling-James on a free transfer from National League side Solihull Moors.

The 23-year-old, who spent much of last season playing as a winger for Moors, scored nine goals in 45 appearances, and helped the club finish 16th in their first ever campaign at the top level of Non-League.

After coming through the ranks at Birmingham City, Sterling-James left St Andrews at the age of 18 and enjoyed spells at Alvechurch and Redditch United before securing a move to Cheltenham Town in 2014.

With the Robins, the exciting attacker struggled to hold down a first-team spot, but Mansfield boss Steve Evans believes he’s now ready for the EFL, saying the decision to sign him was a “no-brainer”.

He added: “After meeting with Omari, it became clear to me that he was a very ambitious young man and wanted to challenge himself at this level following an outstanding season in the National League.

“Paul Raynor, my assistant, watched him live against Luton Town in last season’s FA Cup run and it’s fair to say that, in Paul’s opinion, Omari was the best player on the pitch.” 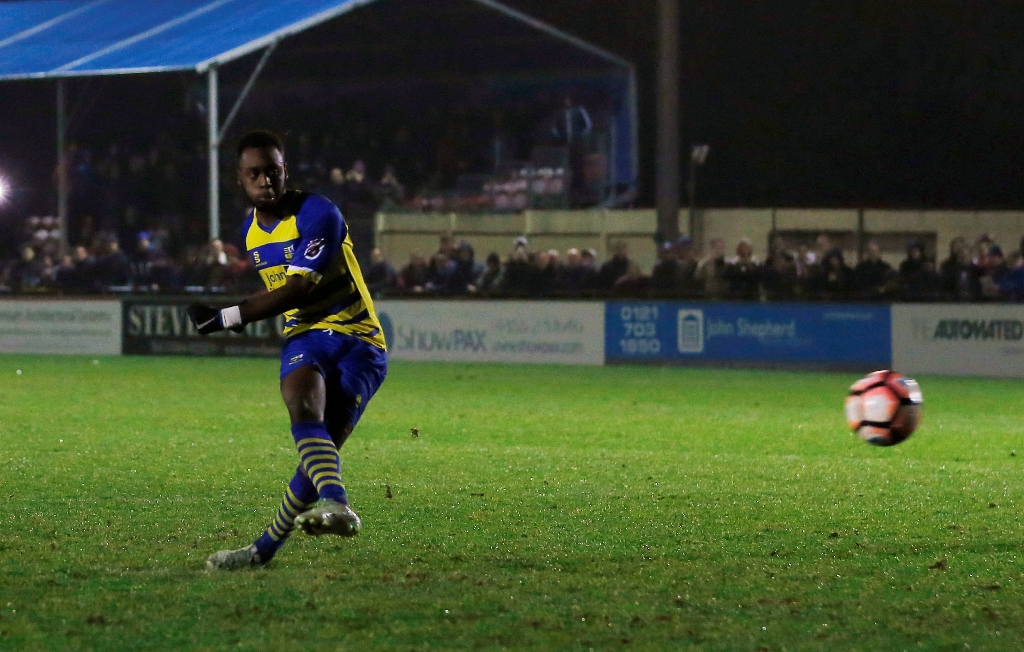 Sterling-James scoring the winning spot-kick in a penalty shoot-out victory over Yeovil in the first round of last season’s FA Cup (Picture: Action Images via Reuters)

As well as finding the net nine times last season, Sterling-James recorded six assists and earned himself a call-up to the Saint Kitts and Nevis national side earlier this month, and Mansfield have beaten a host of clubs to his signature.

Evans said: “My understanding is that not only ourselves, but another clubs in League One and League Two spoke with Omari.

“We are fortunate that the kid knows one or two of our players, in particular Mal Benning, who I believe spoke so highly of our ambitions.

“I wish Omari every success as he steps up to a higher level and I have no doubt that with the talented players around him, he will get an opportunity to excel in the attacking areas of the pitch.

“I do see Omari as a striker and not as a wide player, although he can be deployed in a wide area very effectively, should we decide to utilise him in that position.”

Sterling-James will officially join the Stags on July 1st, subject to FA ratification, but the club haven’t disclosed the length of his deal.