Posted on February 10, 2017 by admin in FA Cup with Budwieser, Featured | 0 Comments 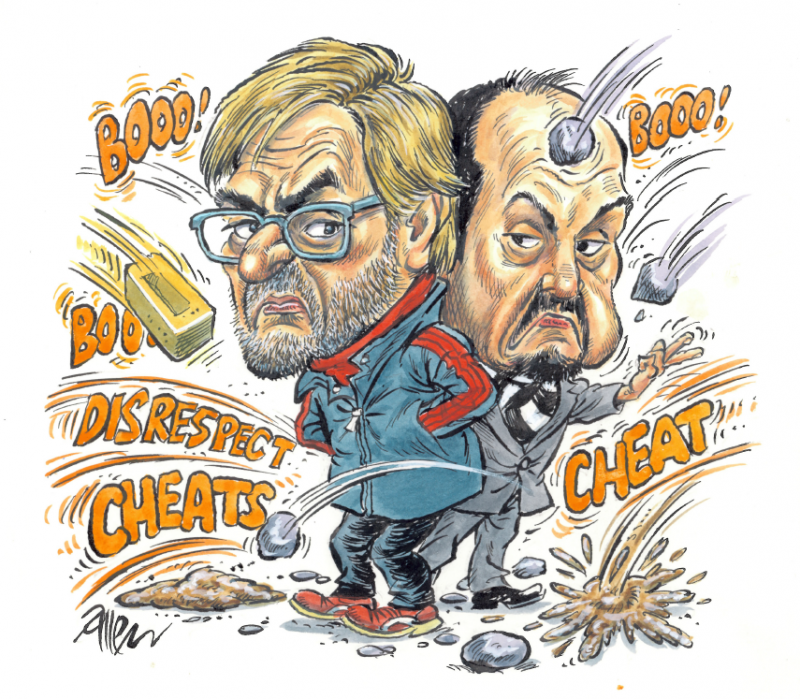 ALAN Shearer was right. Fielding second-string teams cheats supporters. Out of cash. Out of dreams. Out of days at Wembley.

Tiredness? Give me a break. When Liverpool kicked off against Wolves on Saturday, Jurgen Klopp knew perfectly well his team had just 16 games left between now and May 21. That’s one every seven days.

No European football. No EFL Cup. No chance of a Premier League title. Yes, his focus is on Champions League qualification, but the FA Cup was Liverpool’s last realistic chance of a trophy.

By mixing callow kids with reserve-team deadwood, the German robbed his fans of that opportunity and badly under-estimated the quality of the Championship. Liverpool’s 2-1 defeat was exactly what Wolves and Klopp deserved.

Rafa Benitez is guilty, too. Newcastle are flying high in the Championship and should stroll to promotion.

This is a club that hasn’t won a major domestic trophy since 1955, whose supporters crave a moment of glory, gifted a tie against League One opposition.

So, what did the Spaniard do? Nine changes. A catastrophic misjudgement that saw Newcastle humiliated 3-0 by Oxford’s regular XI.

Benitez said he felt sorry for the travelling fans. I’m sure that apology will ease the blow of a £130 round-trip, a £30 ticket and another potless season.

For some managers, cups are used to keep fringe players happy. But what’s to be happy about when you’re playing on charity, rather than merit?

For others, it’s pressure from above. To stay up. To go up. To qualify for Europe. “Clubs care about money while fans care about trophies,” added Shearer. “That’s very unfortunate.”

Does ‘resting’ players lead to league success? Klopp would undoubtedly claim so. Yet Lincoln City’s fourth-round victory over Brighton was their 37th game of the season. In that time, the Imps have used just 15 players, but are top of the National League and thriving in three competitions. Cohesion and consistency can be greater weapons than rest.

Fans are being shafted, but that is only one aspect of the issue. This growing tendency to sling kids to the wolves – literally in Liverpool’s case – has the potential to be extremely counter-productive.

Like most people, I have urged managers to blood home-grown players. Harry Kane flourished at Spurs, not through innate talent but because he was given a sustained opportunity.

There are hundreds of Kanes buried in reserve teams, but this sink-or-swim approach is not the way to unearth them.

Take the example of Reece James, the Wigan defender whose Manchester United career was wrecked in infancy by a shambolic 4-0 defeat at MK Dons. Like Klopp, Louis van Gaal’s team that night looked like a creche with all the carers on strike.

“It was a night when we needed leaders,” James told The FLP last week. “But, when we looked around, there weren’t any.” The 23-year-old never played for United again, his confidence shattered. It is doubtful that prospects like Ben Woodburn and Conor Randall will suffer a similar fate, but a televised humiliation at Anfield will have done their development no good.

Young players need chances but they also need guidance from senior pros who can talk them through matches. Even Fergie’s Fledglings had the likes of Eric Cantona and Steve Bruce keeping them straight.