Home / Features / Columnists / Dunlavy column: Why it makes sense for Southend to keep Nile in the fold

Dunlavy column: Why it makes sense for Southend to keep Nile in the fold 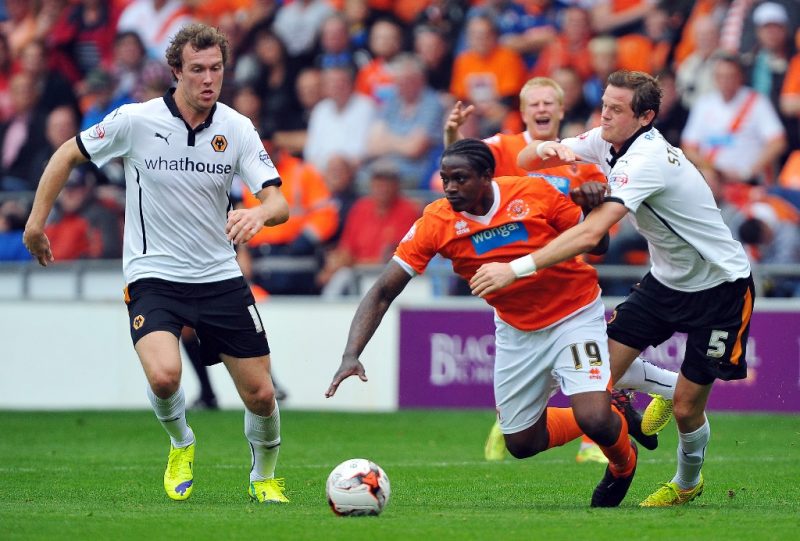 ARMED robbery. Violence against women. Homophobic tweets, arrests galore and more vanishing acts than David Blaine. There really isn’t anything to like about Nile Ranger.

Now, the Southend United striker has plumbed despicable new depths after admitting his part in a plot to swindle more than £2,000 from a vulnerable woman in February 2015.

Ranger will return to court in April for sentencing and has been warned by a judge he could face jail. Given his history, it’s astonishing he hasn’t experienced life behind bars.

Actually, that’s not entirely true. In 2007, as a 15-year-old trainee at Southampton, he was made to serve 11 weeks in a young offenders’ institution for his part in a street robbery.

If lessons were learned, they were swiftly forgotten. Ranger was eventually sacked by Saints for stealing kit, then joined Newcastle where his rap sheet grew faster than Pinocchio’s nose.

A drink driving conviction, an arrest for being drunk and disorderly. Assault charges, a bizarre picture where he posed with a handgun, two court appearances in a single week. That was 2011.

Next, he was caught on CCTV smashing down the door of his girlfriend’s London flat and angrily confronting her. He escaped with a charge of criminal damage.

He wasn’t so lucky a year later. After a horde of witnesses saw Ranger hauling girlfriend Shakira Bicar through Newcastle city centre by her hair, the forward was convicted of common assault and hit with a 12-month community order.

On it went, exacerbated by a total failure to embrace his responsibilities as a footballer. At Swindon and Blackpool, Ranger went missing for weeks.

Exasperated managers had any inkling as to his whereabouts only when he tweeted pictures from Wood Green in London, his childhood home and the root of his problems.

No matter how far away he moved, he would invariably return to the bad influences of his youth. One former colleague described the estate as exerting a “gravitational pull” on Ranger.

Now this. Details are sketchy, with two co-defendants still to stand trial. What we know is that, in February 2015, Ranger obtained the online bank details of Diane Bloss and illegally transferred £2,090.23 of her money into a Santander account.

Few crimes are as disgusting as preying on the weak and vulnerable. It is sorely tempting to write off Ranger as a good-for-nothing scumbag.

Here is a man given multiple chances to escape an impoverished life of crime. Who has a job most of us dream of but would rather beat people up or scam old women.

Few would shed a tear if the 25-year-old was locked up, nor if Southend sent him packing. Given Phil Brown’s suggestion that Ranger’s representatives failed to mention the impending court case when signing a four-and-a-half year deal in December, the Shrimpers have firm grounds.

And yet….while Ranger has undoubtedly committed odious crimes, what good can truly come of cutting him loose?

He is a feral manchild, his childhood chaotic and totally lacking in the kind of guidance and discipline most of us take for granted. Even if we accept he is not intrinsically ‘bad’, Ranger may be beyond salvation.

Since joining Southend in August, the striker has kept his nose clean. Apparently teetotal and determined to make the most of his final shot, he claims the penny has finally dropped.

“I’m a role model to a lot of people,” he said in November. “I have to conduct myself in the right way. I think about that all the time now. It took me a hell of a long time to realise it.”

Of course, we have heard such proclamations before. But, even if there is just a  one per cent chance that Ranger can be rehabilitated, it must be seized.

Tempting as it is to impart punitive justice, it would be better for Ranger and better for society if both the judge and Southend stayed their hands and allowed this leopard one last chance to change his spots – however little he deserves it.