ROBERT MAXWELL is not remembered fondly for most things, but for a short time he was the toast of Oxford United.

The club had been elected to the Football League in 1962 and enjoyed some moderate success, with  two promotions in their first six seasons.

But they were on the verge of bankruptcy and just two weeks away from closure when, in January 1982, Maxwell stepped in and saved the club.

Then, in April 1983, with a promotion bid faltering, Maxwell announced a plan to merge with bitter rivals Reading to form Thames Valley Royals.

They somehow came through all of that and, in a golden era, romped to the Division Three title in 1984, finishing eight points clear of Wimbledon.

Then, 12 months later – after 23 years in the League – they won promotion to the First Division for the first time, finishing two points ahead of Birmingham City.

“Looking at the history of Robert Maxwell, I apologise to every pensioner I see now, but if it wasn’t for him we wouldn’t have got to where we were,” said winger Peter Rhoades-Brown, who still works for the club.

“It’s the same as it is now. If it wasn’t for the money backing a club, you can’t buy players, but we went from Division Three to Two and then the Milk Cup Final in three years.

“Maxwell was a multi-millionaire globe-trotter and sometimes he would come and sit in the dressing room. I remember walking in somewhere at half-time when we were 2-0 down.

“We expected Jim Smith to paint the walls with our blood. He was about to let rip and Maxwell came in and sat down. Jim then just took it down a couple of pegs.

“I think, after that, Malcolm Shotton invited him to sit in on every half-time team talk!”

A huge amount of credit for promotion was due to the division’s leading scorer, John Aldridge, with 30 goals, the vast majority created by Rhoades-Brown and Kevin Brock.

“When we got promotion from Division Three, we made some decent signings late in the season, when, I think, John and Les Phillips came in,” said Rhoades-Brown.

“Then, after we went up, we all got together after about ten games and realised there was nothing to scare us – and we did really well.

“I didn’t score many myself, but I was paid to create them for John and Billy Hamilton, as well as Dean Saunders.

“It was so easy for me. I was told to beat the full-back and just pick someone out near or  far post. They always latched on to it because they were natural goalscorers.

“John was just amazing. I always knew where he was going to be and that made it so much easier. He wasn’t the best of runners but he got into some great positions.” 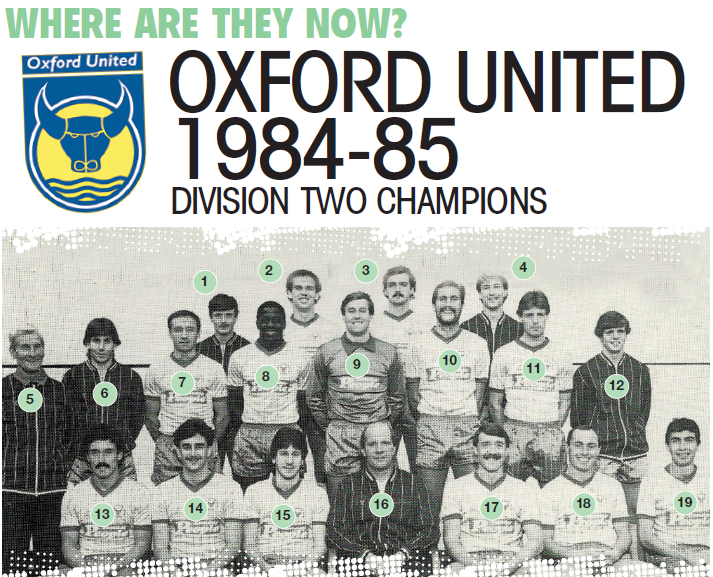