Westley column: Here’s what actually happened after the game against Plymouth 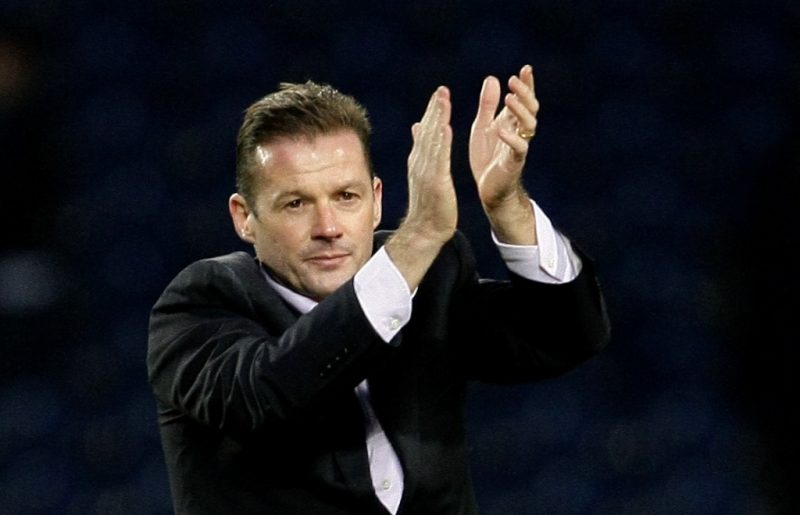 There was a lot of fuss made around a very mundane matter after our FA Cup second round tie against Plymouth when an interview involving me was highlighted. There is a lot of background that went unreported. Let me explain.

At the end of the game, I was asked to walk across a car park to a ‘cabin’ where Sky were supposed to be waiting for an interview. I did that, only to walk into an empty room and be told ‘they must have gone’.

A 0-0 draw was hardly the most exciting game to discuss and I hadn’t expected them to want to chat. I felt, though, I was being messed around by people who ought to have realised there were no TV duties to fulfill. Not to worry. All in a day’s work. I moved on.

I was then fed in from the cold of the car park to a second ‘cabin’ area where the Press were waiting. As I entered the outer area, I was told Derek Adams was finishing off and I said ‘no problem, I’ll slip in and wait to one side’. I’ve often done that before and other managers have done the same when I am speaking. It is a public Press conference, not a club board meeting, after all. No big deal.

While I stood politely and quietly to one side, eyes down, a guy I presume to be a media officer, interrupted the conference, pointed at me and asked me to leave as if I was doing something wrong.

I questioned why, wondering where the hell I was supposed to go and feeling like someone was trying to score points and embarrass me.

I was somewhat bemused to then hear Derek Adams jump to his feet, shout out something like ‘let him go first if he wants to’ and then storm out.

I quietly left the room myself and returned to my dressing room to get a cup of tea. I was in no rush. I was just doing my job and following instructions. I wasn’t trying to impose myself or score a winner.

When I later returned to talk, a local journo could not stop asking about what had happened. I told him clearly that I had arrived, as requested, at a Press room on the other side of a car park from my dressing room and was then asked to leave. But he just would not drop his question.

It all felt to me as though someone was trying to create an artificial war.  Here I was, trying my best to meet the Press and discuss the game, but it seemed to me I was being treated a bit childishly.

I called the journo out and asked him to stop being a ‘clown’. Next thing I know, the Plymouth chief executive is calling publicly for an apology from me for being ‘confrontational and rude’.

He talked about me as having a track record for being confrontational and rude. How big of him – not!

I do not ever recall meeting the bloke. He has no experience of dealing with me. Yet he considers it’s his place to assert ‘factual’ opinion about me. Is it right he should hammer me in that personal way and give anybody who might hear him a version of me, based on no actual knowledge? Very poor form in my opinion. Unprofessional, disrespectful.

A good friend of mine in the media read his comments and messaged me: “Confrontational. That’s the nature of your job, but rude really isn’t you.”

Jon Parkin left our club recently to move close to his young son and join York City. He sent a nice message to me when he left, saying he had heard stories about me, that he decided to give me the benefit of the doubt and that he had proved to be right in making his own judgement. That is what happens when you get to know a person rather than make up your mind based on hearsay. You find out the reality.

I’ll stand my ground and won’t let anybody have a free kick at my ankle, but that isn’t rudeness. That is self respect.

A reporter on the Plymouth paper used disgusting language about me on twitter. His editor, though, had the decency to apologise privately in writing and make a donation to Great Ormond Street in compensation. That is the right way of sorting out idiocy from an employee. He has my respect for holding his hands up.

*This exclusive column originally featured in The FLP’s 18 December 2016 edition.