Moore column: Why the League is slowly tilting south 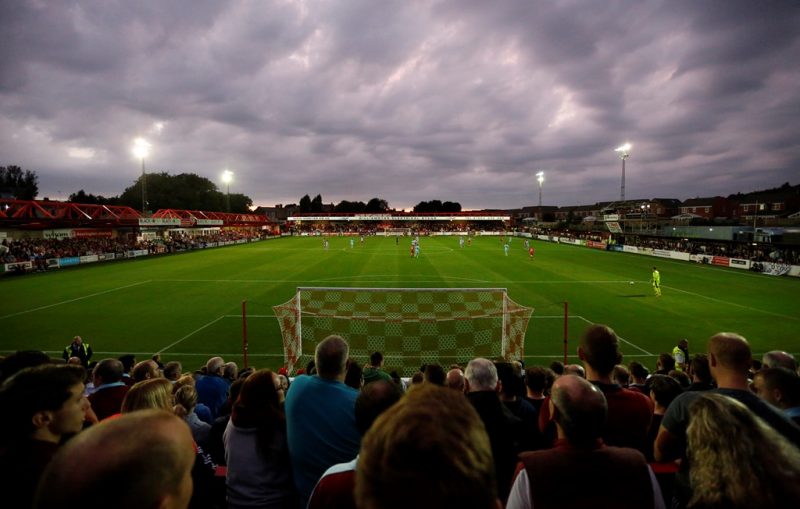 Who’s that knocking on the Football League door? It’s Forest Green Rovers, the appropriately-named, environmentally- friendly, vegetarian burger-serving Gloucestershire club that have been setting the pace in the National League for much of this and last season.

It is easy to scoff at the philosophies of Dale Vince, the former New Age traveller turned green energy entrepreneur, who owns FGR, but they are generally very sound.

More significant in the context of the Football League, if not the Earth, is that Rovers are merely an extreme example of a trend which is slowly transforming the lower divisions.

Take a look at the other clubs jostling with Forest Green for automatic promotion, or hoping to make a run into the play-off places.

From the north, there are Tranmere and Barrow, Lincoln and Macclesfield, Wrexham and Gateshead. What all those clubs have in common is that they are trying to regain their Football League place, albeit Macclesfield had, until 1997, always been Non-League.

With the exception of Aldershot, the re-incarnation of a former League club of long-standing, the rest are traditional Non-League clubs, though the original Maidstone had three years in the League before going bust in 1992 and the Daggers have just concluded a short spell in it.

It’s often said that football reflects society, not least in relation to the recent Ched Evans case, but it also reflects the national economy. Since the 1970s this has tilted south as financial services replaced manufacturing as the nation’s prime economic engine and London’s political and fiscal dominance grew.

This has inevitably affected football. After all, the game’s Victorian rise owes everything to the impact of the Industrial Revolution. First, men clustered in cities, then they began having Saturday afternoons off, with cash to spend.

Add the spread of the railways and conditions were right for the growth of professional football.

The first teams to pay players were in the north and the original Football League of 1888 consisted of 12 teams, all hailing from the industrial north-west or midlands. It was not until 1931 that a southern team, Arsenal, won the title and the north has since been pre-eminent more often than not. Rare is the season in which the top eight does not include the Manchester and Merseyside giants.

However, lower down the leagues, where investors are usually local, not global, it is a different story. The ending of lower division regionalisation was followed by Peterborough replacing Gateshead (1960) and Oxford United taking the spot left vacant when Accrington Stanley went bust (1962).

Amid the industrial strife of the Seventies, Bradford Park Avenue, Barrow, Workington and Southport were all voted out of the league to be replaced by three southern teams – Cambridge, Hereford, Wimbledon, and one northern, Wigan.

Then, in 1987, automatic promotion and relegation to and from the Conference was brought in. Eight northern clubs then in the League have subsequently dropped out of it: Lincoln, Tranmere, Chester, Wrexham, York, Darlington, Halifax, Stockport. Three Southern clubs have done so:  Hereford, Aldershot and Torquay.

Seven of the 11 replacements have been southern: Barnet, Wycombe, Cheltenham, Yeovil, Stevenage, Crawley and AFC Wimbledon. From the north, Accrington have returned, and been joined by Morecambe, Burton and Fleetwood.

There will always be individual cases where wealthy local owners raise a club, such as Fleetwood, or bad ones drag it down, as with Hereford, but the general trend is clear. The money is in the south, and so is the Football League’s new blood. The only northern National League clubs without a league background, North Ferriby and Guiseley, are both in the relegation zone. Once-mighty Altrincham are at the wrong end of National League North. The fastest-rising northern Non-League club is an outlier, Salford City, bankrolled by Manchester United’s Class of 92.

Football’s geography is changing. Were regionalisation to be re-introduced, as is sometimes mooted, the northernmost teams in League One (South) would be Cambridge and Northampton.

League One (North) would include Peterborough, not a city generally associated with cloth caps, whippets and other Northern clichés, and a near-500-mile round trip from Carlisle.

*This article originally featured in The FLP on 30 October 2016.