Big Interview: Bolton winger Feeney says he’s been there before 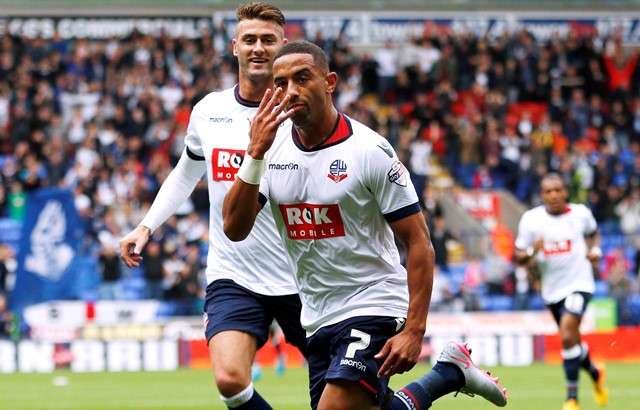 PERILOUS? That’s putting it mildly. But, while Bolton’s situation is undoubtedly grim, Liam Feeney has seen much worse.

Back in January 2009, the Trotters winger walked into Dean Court to find Bournemouth on the brink of ruin.

Docked points, stuck in administration, bailiffs rifling through the cupboards. Anchored to the foot of League Two and seemingly bound for the Conference, the Cherries weren’t so much popped as pulverised.

Yet today, six years, one Russian investor and a miraculous manager later, Bournemouth are mixing it with Manchester United.

Not so long ago, Bolton did too. But the days of European football, FA Cup semi-finals and flash foreign signings are gone. Relegation in 2012 unleashed an avalanche of torment.

Eddie Davies, the club’s long-suffering owner, has bled dry. Though he has written off debts of £170m in a desperate bid to attract investment, the club are on the brink of administration and require £15m just to see out the season.

Senior players weren’t paid last month. Next month? Unless Dean Holdsworth’s consortium – or another – acts fast, it will not be a happy new year. Adviser Trevor Birch has called their plight “increasingly perilous”.

On the pitch, life is equally tough. Boss Neil Lennon hasn’t been able to spend since he arrived last October and it shows: the Trotters are rock bottom of the Championship with just one victory from 19 games.

Does Feeney wring any hope from his experiences at Bournemouth? “Yes, I can lean on what happened,” he says. “I know what it’s all about. I know there can be a happy outcome. 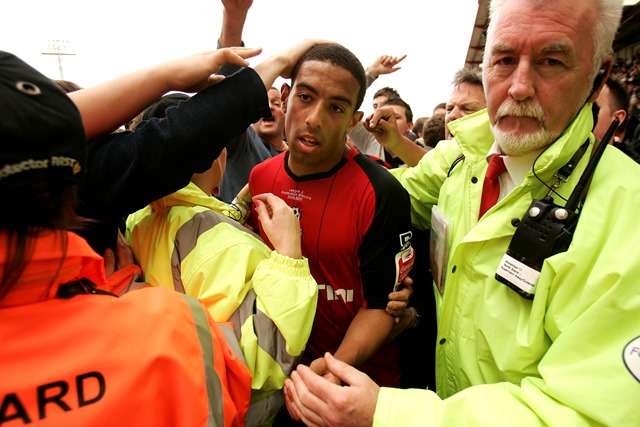 “It was a tremendously tough time but, looking back on it now, it’s one of the fondest memories of my career. I made some great friends that I still have today, played in a great side. What Eddie Howe did was a miracle, it really was.

“Who knows – maybe one day I’ll look back and say the same thing about this period. But the fact is, I’m a footballer not a businessman. It’s out of my hands.

“Personally, I try not to read anything. That’s the truth. You can read headlines all day long but until something concrete happens, why worry about ifs and maybes?

“I know there’s a team behind the scenes working diligently to sort things out. So, there’s no point stressing. We’ve just got to focus on our jobs.

“People talk about us not being paid but we’re all grown men. We’re doing OK. The real worry is that some of the non-playing staff might not get paid.

“Christmas is coming up and it can’t be nice to have that hanging over you. They’ve all got families, all got bills to pay. I hope for their sake, more than anyone else’s, that this gets resolved.”

From Feeney, those sentiments are not mere lip service.

A native of Hammersmith in West London, the wide man began his career at Non-League Hayes and then played in the Conference for Salisbury City before tasting life in the Football League for the first time at 22.

“I didn’t have much in those days,” he remembers. “I worked in a gym and did a bit of portering at a hospital on my weekends to make a bit of cash.

“To be fair, it was a specialist centre for elderly people so I wasn’t seeing anything too awful. It was mainly just nice old ladies!

“Hayes also had a college scheme where the younger lads who’d finished school could keep up their education.

“I studied sports science. I always wanted to make it as a footballer but I was realistic as well. I knew I might need something else.

“It was good to experience that: the early morning starts, then coming home and going straight out to training.

“I know people say lads who come out of academies don’t appreciate what they’ve got, but I don’t think that’s fair.

“It’s just that we maybe appreciate it a bit more because we know what it’s like not to have football. They don’t.”

Much more of this and Feeney may have to ask for his old job back, but Bolton’s top scorer – with four goals – promises that the off-field turmoil is not to blame for the side’s travails.

“It doesn’t affect players,” he insists. “It’s a cliche, but when you step on to the pitch everything else melts away. All the money issues, everything else that’s going on in your life.

“Football is a great escape. You concentrate on the man you’re up against, on the game plan you’ve been given. For that 90 minutes, nothing else crosses your mind.

“It’s no different to playing as a kid – it’s the same excitement, the same enthusiasm, the same will to win. It’s just a bit more exciting because there’s a crowd watching.”

In that case, what’s the problem?

“Nothing I can put my finger on,” says Feeney, who joined Bolton from Millwall in 2014 after 83 appearances for the Lions.

“It’s certainly not for want of trying. A lot of endeavour is going in.

“In this division, one small lapse of concentration at either end can have a big impact on the result. At the minute, we’re making too many of them.”

One thing Feeney is certain of, however, is that Bolton have the quality to avoid a second relegation in four years.

“People can say we’re not good enough,” he says. “But we know we are and, if we focus on our jobs, we’ll show that. We’ve got good players, a great management team. Neil’s a great motivator. There’s no mention of the issues, no excuses allowed.

“Everything he does is geared towards us turning this around. He fills us with confidence and we’ve never stopped believing.

“Remember, we had hairy moments at Millwall but we pulled through it. It just shows what you can do with a bit of unity and belief. I genuinely believe it’s only a matter of time.”

How Davies and his board must wish they could say the same about Bolton’s takeover.