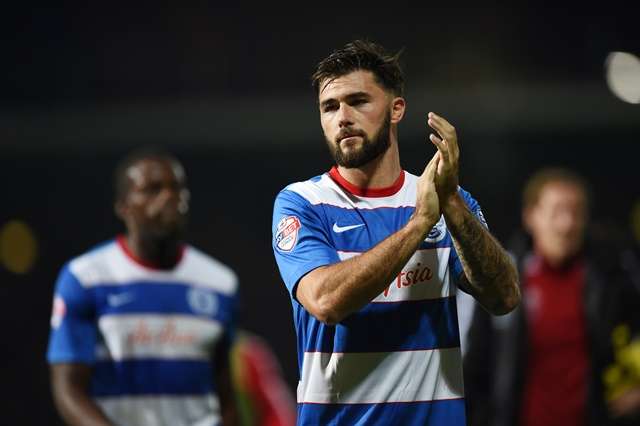 QPR striker Charlie Austin stated his intention to stay with QPR until the end of the season, and will not be leaving in the January transfer window.

When unveiled to the press as QPR’s new manager Jimmy Floyd Hasselbaink was quoted as saying his star striker would not be ‘pinched’. Yet with Austin’s contract due to expire at the end of the season it will be a case of fight or flight in January in cashing in or extending his stay.

In Sky’s Tuesday night game at Loftus Road between QPR and Brighton, Austin rescued a point for the R’s in the 2-2 draw with a second-half brace, and reiterated his stance at the end of the match.

“I set out at the start [of the season] and I said to Les Ferdinand that I’m going to be here for the rest of the season,” Austin said. “So I’m not going anywhere.”

Hasselbaink followed up by saying, “Do we want to put him up for sale? No. The club does not want to sell him.

“But, on the other hand, it’s up to the owners. I can only advise. I can only say, ‘No, I don’t want him to leave, I need him’. I think they will respect that,” the QPR boss added.