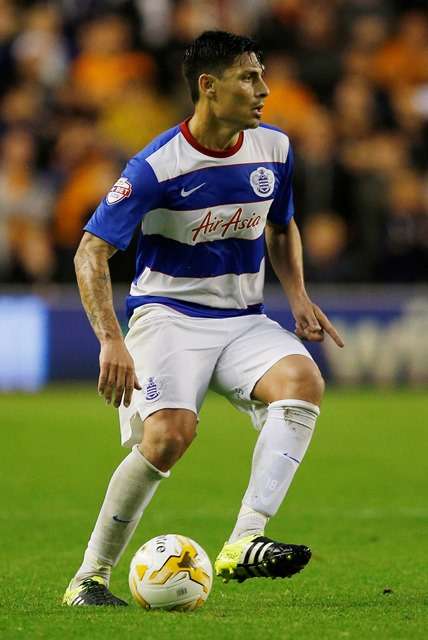 “I don’t want to be player of the year,” says QPR’s Argen-        tinian midfielder. “I don’t want to score a hundred goals and get a big move for millions of pounds. I’m just asking to finish a whole season. That’s all.”

It is four years since Faurlin last managed that simple task. Three since he suffered the first in a trio of catastrophic knee injuries. A ruptured anterior cruciate ligament in his right. Another in his left. A sickening recurrence just 12 months later.

Each required surgery and months of gruelling rehab. Each reduced one of the Championship’s finest midfielders to a hobbling spectator. Each sapped a little more of his determination to battle on.

“I went through different stages,” explains Faurlin, who has played just 40 times since winning promotion to the Premier League under Neil Warnock in 2011.

“The first two, I was very upset, very angry and frustrated. I spent a lot of time thinking ‘Why me? Why now?’ But I was very determined to come back. The third was much worse. I just had a big empty feeling. Very, very dark. After the operation I had no motivation. I thought maybe I should just give up.

“Physically, I was OK. You get many players who have a situation where they have destroyed their knee or they have long-term cartilage problems and the doctors say ‘We can do nothing’.

“For me, each injury was a one-off that could be fixed. It was never a case of ‘I won’t be able to play’. After so many problems, it was a case of ‘Do I want to? Can I keep fighting?’

“It wasn’t until the end of the rehab that I really started to feel that ‘Yes, I do want to play football again’. Before that was terrible – I wouldn’t wish those thoughts on anyone.”

Speaking to Faurlin now, four games into his latest QPR comeback, it is hard to imagine the sunny South American wallowing in the depths of despair. 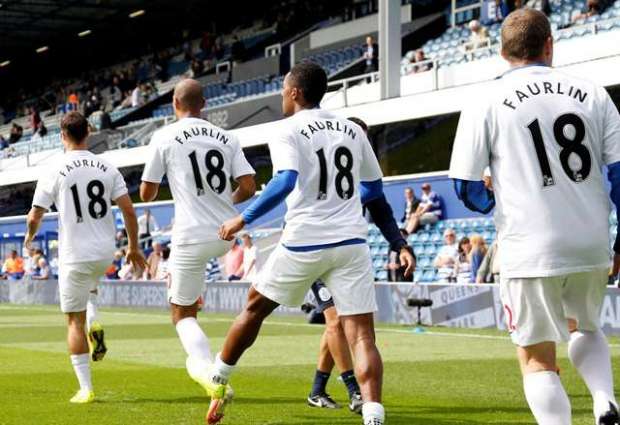 Friendly, fluent and quick to laugh, you’d never believe the 29-year-old – described by Joey Barton as the best midfielder he’s ever played with – has lost the best years of his career.

“I enjoy every day now,” says Faurlin, who came through the ranks at Argentine side Rosario Central with Manchester United flop Angel Di Maria. “Every training session. Every reserve game. The injuries have put life into perspective and I am happy now every time I walk onto a pitch.”

When Faurlin arrived at QPR in 2009 with his wife and infant son, Tiziano, in tow, he spoke just a smattering of English.

Yet his speed of adaptation on the pitch (he won QPR’s player of the year award in his first campaign) was more than matched by his seamless cultural assimilation off it. Six years on, his love of London shines through and Tiziano – now seven and pictured below on dad’s twitter account watching QPR on TV – has gone native.

“We make a point of speaking to him in Spanish but his first language is English and his mentality is English too,” laughs Faurlin. “Maybe he will play for you one day!

“When I first came here, I had to get used to everything. It was tough. But now that I have, I love it. Will we stay? It is a question for every foreign player who has spent so long away from his home. What is home now? You grow into a culture and get to know a lot of people so it will be hard when the decision comes.

“My wife and son have been massive for me these three years. It’s been very difficult for them as well. They have to go through all the same emotions as me, only second hand.

“But at the end of the day, if you fight for something that hard, you’ll do anything. I’ve played football all my life and even after everything, I still love it. I’ve got no regrets.”

Nor should he, especially after forsaking home comforts.

“The first two operations, I had them done in Spain, in Barcelona,” adds Faurlin. “And my family – my parents, everyone – all came over to see me.

“But it was very traumatic for them to see me suffering. I felt like I was messing with people’s lives, including my wife and son’s. So this last time, I decided to stay in London, especially with Tizi in Year 2 now. It was my turn to look after them for a change.”

Speaking of compassion, Faurlin also had words of praise for his club, who have repeatedly handed out new contracts. In fact, Faurlin is now the Hoops’ longest-serving player.

“In football, when you get one of these serious injuries, it isn’t good,” he says. “You get one, OK. You get two, you’re a risk. Nobody wants to have you. Football is a business and it’s ruthless like that. But QPR have been amazing. I really mean that. Even in the darkest moments, the club were there for me.” 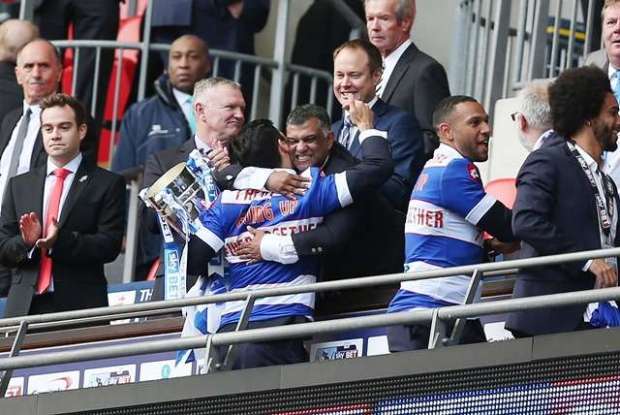 Not everybody shares his affection for Rangers. Reckless overspending, dressing room splits, two relegations from the Premier League; in many people’s eyes, the misguided generosity of chairman Tony Fernandes has brought only mockery, debt and instability.

It is a charge Faurlin does not dispute but, having clung to £15m man Charlie Austin and shipped out the “bad eggs” over the summer, he believes Fernandes has learned his lesson.

“It has been frustrating to watch,” says Faurlin. “And what makes it even more difficult is that there are no bad intentions. None. The people at the top, they want more than anything to get it right. But for some reason, there has always been something missing.

“The problem was that the group was always new. In recent years, we have changed a lot. Not just a few players in a window. We were changing like ten, 11, 12 players every summer.

“When that happens, if the results don’t come straight away – and we had just been promoted so it was never going to be like that – it is very difficult to build that bond and get confident in each other.

“Now we are winning, everybody is happy, there’s a positive feeling around. Everybody trusts each other. Everything else comes from that.

“This year, there were a lot of questions about QPR. People saying we would have a very bad season. But now the window is shut, we have kept Charlie Austin, Matty Phillips, Sandro, Rob Green. And we have added as well.

“Suddenly, we have half a chance for promotion again. If you come down to our training ground, you will see how strong we are – and how united.”

For Faurlin, though, promotion is a secondary objective to simply coaxing those knees through 46 games.

“It’s not like I don’t have any pain and suddenly feel back to normal,” he admits. “That’s never going to be the case again. But you get used to it.

“And I need to play a whole season before I say to anyone ‘I’m over it’,” he says. “That is not me being superstitious. That’s me being realistic.

“But whatever happens, it has been quite some journey as a human being. It has made me stronger, and I think more compassionate and understanding. Down the line, I would love to help people who have the same sort of problems the way others helped me. I want to turn what I went through into a positive thing.”