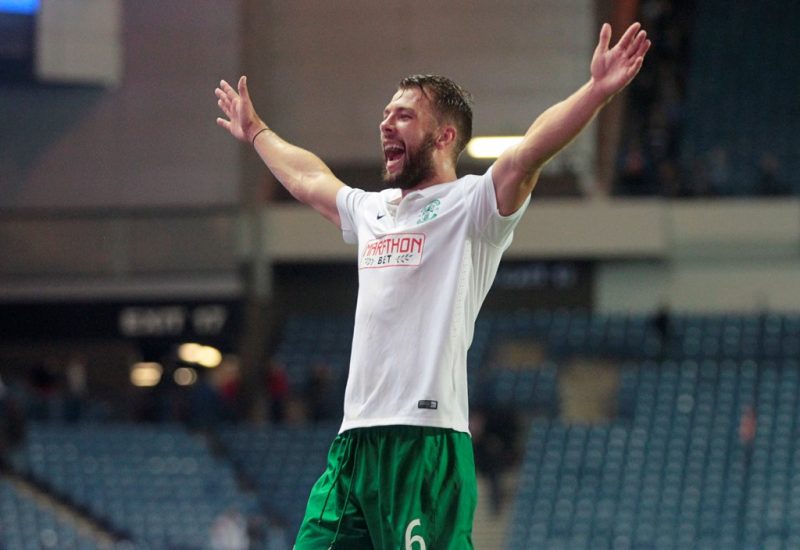 Cheltenham Town have made their fifth signing of the summer with the acquisition of Hibernian defender Jordon Forster.

The 23-year-old, who is comfortable at right-back or in the heart of the defence, has signed a two-year deal with the Robins.

Forster came through the youth ranks at Hibs and made his debut for the Edinburgh club when he was 20, before enjoying spells on loan at Berwick Rangers, East Fife and most recently Plymouth Argyle last season.

With the Pilgrims, Forster suffered a broken jaw and only played 17 times, but he still played a part in their promotion and Cheltenham boss Gary Johnson believes that experience is priceless, saying: “I’m really pleased that Jordon has come to join us.

“It’s great to have a player with as much experience as him at the age of only 23. He is a big strong player who has already played in some big games for Hibs.

“He broke his jaw while playing for Plymouth Argyle last season so he perhaps didn’t play as many games for them as planned but that experience will certainly be good for him and he will be a really good addition to our squad.”

Forster is equally delighted to secure a permanent move to Cheltenham, telling the club wesbite: “”I’m really looking forward to getting started and playing some games.

“It became clear to me that my game time at Hibernian might be limited so when I heard that Cheltenham Town were interested it was very happy to speak to the manager and I liked what I heard.”