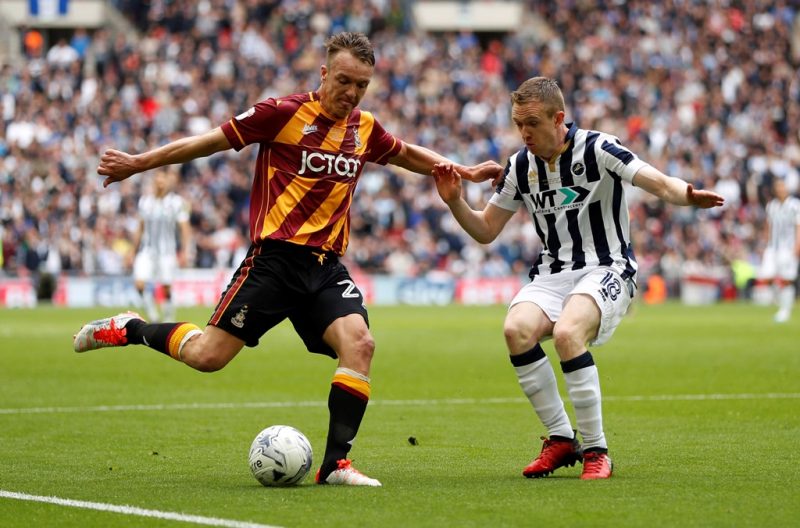 31-year-old left-back McMahon joined the Bantams in July 2015 from Blackpool, after a successful loan spell, and has impressed at Valley Parade ever since.

The former Middlesbrough defender made 28 appearance for Stuart McCall’s side last season, and scored six goals, to help the club finish fifth in the third tier before eventually suffering play-off heartbreak against Millwall in May.

Like his colleague McMahon, back-up goalkeeper Sattelmaier has extended his stay in Yorkshire by an additional 12 months, and will battle Colin Doyle for the number one jersey during the upcoming season.

The German shot-stopper signed for the club last summer, after he impressed while on trial, but struggled to break into the first-team opportunities, making just one appearance in all competitions,

However, the former Bayern Munich youngster has clearly caught McCall’s eye when given the opportunity, and is expected to get more chances in the coming months, as the Bantams look to go one step further this season and finally return to the Championship.