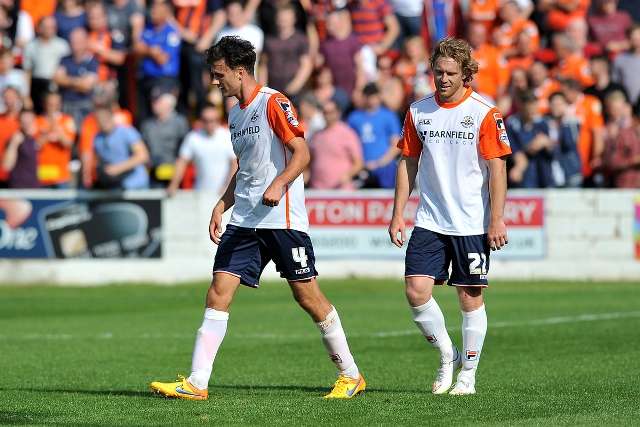 Luton Town striker Craig Mackail-Smith has spoken of his excitement to get playing for the first-team again as he continues his comeback from a broken leg.

The 32-year-old forward, who suffered his injury against Plymouth in March, was expected to be out for three months but suffered a setback during pre-season.

However, the former Brighton and Peterborough star finally made his comeback, for Luton’s development squad against Barton Rovers on Tuesday, and he is delighted his progression is going well.

He told the official club website: “I thought it would be three months and then see how pre-season goes, and then obviously there was a bit of complication.

“I worked hard and I feel stronger than I have been, and I’m progressing well. To get 45 minutes is doing well and I’ve got to start doing that week in week out now.”

Despite edging towards match-fitness and keen to get back into Nathan Jones’ starting side, Mackail-Smith knows it’s not going to be easy and is willing to wait patiently for his chance.

The Hatters, currently fourth in League Two, are the second highest scoring side in the division, and the striker said: “The front boys have been fantastic, obviously Hylts and Jack have been on fire.

“I want to be vying for a place and playing the best I can to get in the team.

“If I was called upon [for this weekend’s game] and the gaffer put me in the squad then I would be ready to go and play whatever part I needed to play.”