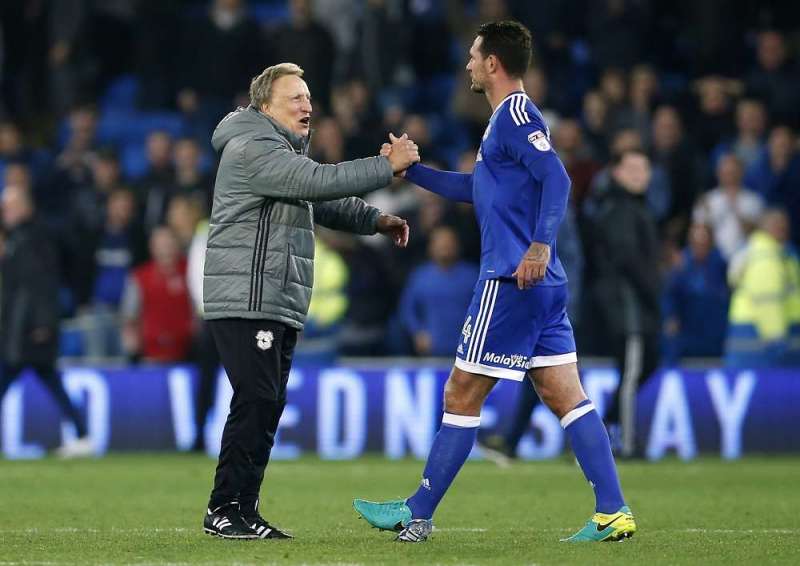 Cardiff City centre-back Sean Morrison is confident his side won’t find themselves anywhere near a relegation scrap come the end of the season, thanks to new boss Neil Warnock.

The Bluebirds appointed Warnock, 67, on October 5th after just two wins in their first 11 games of the season under former manager Paul Trollope, and have already seen an upturn in performances and results.

After beating high-flying Bristol City last Friday in a tense and tight Severnside Derby, they claimed another respectable point last night at home to Sheffield Wednesday.

Cardiff took the lead through Peter Whittingham, but a Daniel Pudil equaliser denied Warnock’s men the win that would lift them out of the relegation zone.

However, Morrison believes it won’t be long at all until the Bluebirds pull themselves clear of the bottom three and start surging up the table.

He told WalesOnline: “It’s been a tough time since the beginning of the season where we’ve put ourselves in a bit of a hole.

“But hopefully fans can see we are giving everything we can to get out of it – and I’m 100% confident that will happen. The last two games were just the start of it.”

The improvement of Cardiff has been clear to see, and with the introduction of free-agents Sol Bamba, Junior Hoilett and Marouane Chamakh, the struggling Welsh side now look like a very capable Championship side with strength in depth.

Morrison added: “We’ve come a long way in two games and I think you can see that. We’ve looked very solid, difficult to break down, press off a good shape, so in a short space of time we’ve come very far.

“I think we look like a Neil Warnock side already. He’s put a belief into us, a solidarity, we’re extremely hard to beat, everyone knows their job. It’s been stripped back.

“The only way is up now and we have to keep working hard on the training pitch.”