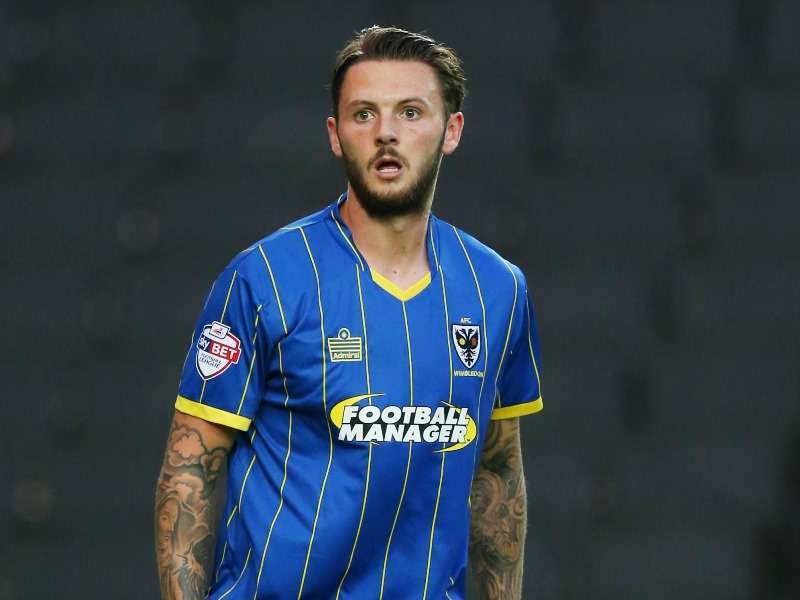 It was Tottenham Hotspur v Aston Villa at White Hart Lane. I remember it was 2-1 to Villa and Ruel Fox scored. After that game I remember thinking I wanted to experience a bit of that! I went there with my dad and a lad I played football with as a youngster. He and his dad were mad Tottenham fans, and that was when I started to become a Tottenham fan. It’s been up and down supporting them, but it has paid off this year.

It has to be David Ginola, who is obviously a big Spurs legend. I definitely wanted a barnet like he used to have! But I also think it was the fact that, though Tottenham’s team was pretty average back then, he won PFA Player of the Year in a team that finished mid-table. That to me was a big accomplishment. He scored some unbelievable goals, too, and I became besotted with how he played.

I first bought a pair of yellow Puma Kings and there was just something about them. I stuck with them all the years and went on to get every single colour. White, red, blue, everything. I loved those boots so much that I used to go to sleep with them every time I got a new pair!

Funnily enough, my first-ever kit must have been the England away goalie kit from Euro 96, rather than a Tottenham one. I remember David Seaman saving a penalty during the tournament and straightaway I asked my mum for that kit. I must have been six years old, and that summer really stands out as one where I really fell in love with football.

My first game was in the Johnstone’s Paint Trophy for Swindon against Brentford back in 2007. We won 4-1 and I started in defence and played the full 90 minutes.

It was for Swindon against Crewe in the first game of the season, when Paolo Di Canio had just become our manager, back in 2011. It was the first goal of his managerial reign and also my first goal for Swindon – though I’ve only scored two goals in my entire career! I was chosen to take a penalty. I gave the keeper the eyes and put it into the bottom right corner.

It was on my debut for Rotherham when I was out on loan from Swindon, five years ago now. I had met the lads only the night before at the hotel, so I was getting to grips with everything. The next day I got sent off inside 35 minutes! It was against Oxford. The ball went into the box and I brought down their attacker, Steve MacLean. I just dragged him down and that was that.