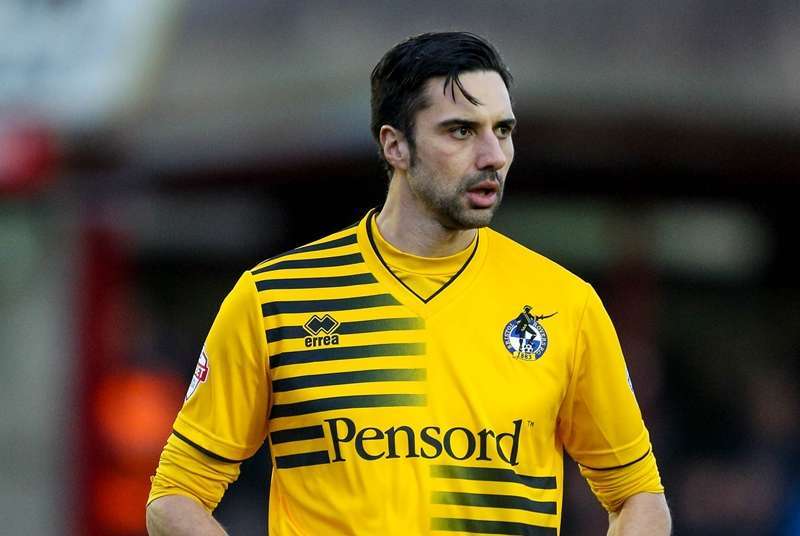 DURING a 15-month recovery from knee ligament damage, striker Rory Fallon suddenly had more free time on his hands than he could have ever imagined.

But, rather than spend it eating Nando’s, playing FIFA or watching DVDs of New Zealand’s unbeaten 2010 World Cup campaign, Fallon went into business with his wife Carly – selling ice cream!

The 33-year-old made a 14-minute cameo for Bristol Rovers at Accrington Stanley last month, the first time he had set foot on a pitch since former employers Scunthorpe drew with Colchester in October 2014.

He made the most of his spare time in 2015, ploughing his efforts into The Cow Lick, a firm that makes bespoke ice cream for restaurants, weddings and festivals in Devon and Yorkshire.

He is described on the company’s website as “chief taster” and admits Carly is the heart and soul of the operation.

And, even though he has now returned to the pitch, Fallon says his wife – and love of frozen treats – remains at the top of his list of priorities.

“With football, I’ve dragged my wife all over the country, but now it’s her turn to do her thing,” said Fallon, playing for his 11th English club.

“When I became injured and the specialist told me I would be out for such a long time, I didn’t mope around.

“I put my focus into something else. Out of that injury was born a business and I began helping my wife out full-time.

“We have a unit in Plymouth and we take orders from restaurants to make bespoke ice cream. We cater to their needs.

“My wife was a lawyer. She hated it and wanted to do something different, so she qualified as a chef. She showed me how to make ice cream and I thought it was amazing. It’s her baby, but I try and do my bit. 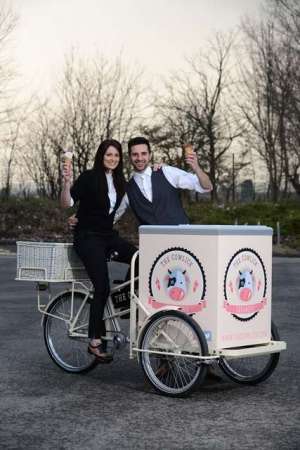 “Players that are injured have to use their time wisely; you should, even when you’re playing, because you have so much time after training and it’s a short career.

“I have only a few more years left. I can’t play forever.”

Despite the excitement of being involved in their business venture, Fallon wants to prove he can still cut it on the pitch.

The New Zealand international’s father Kevin – a former Southend and Rotherham defender – was forced to retire prematurely due to knee trouble.

And Fallon Junior is determined to ensure his career will not end the same way.

“Our injuries were different – he had meniscus problems, but we did have a chat,” added Fallon, who performed the Haka in his initiation ceremony with his new Rovers team-mates.

“There was a stage where I thought it was the end of my career. It’s amazing that a boy from New Zealand could come over here and build an 18-year career, but my dad said to me ‘If you want to keep playing, then you should’ and I always felt I wanted to.

“To get out on the pitch proved to a lot of people that I can still do it. Proving people wrong gave me that motivation to keep going, I didn’t want to finish on an injury.

“Football is an ever-changing game and I knew I wouldn’t get straight back into a club.

“When most players are out for a year that’s you done.

So, after 15 months I didn’t expect anything, but I was so excited to join up with Bristol Rovers.

“Things have really started changing for me since I moved to Rovers. It’s coming up to two months of training and now I’m starting to feel like I was when I was at Scunthorpe.

“I’ve got my body back. I do three training sessions a day and I feel really positive. Your mind tells you you should be tired, but I’m really fresh. The body is capable of more than you think.”