O’Nien showing worth with Chairboys after being stung by Hornets 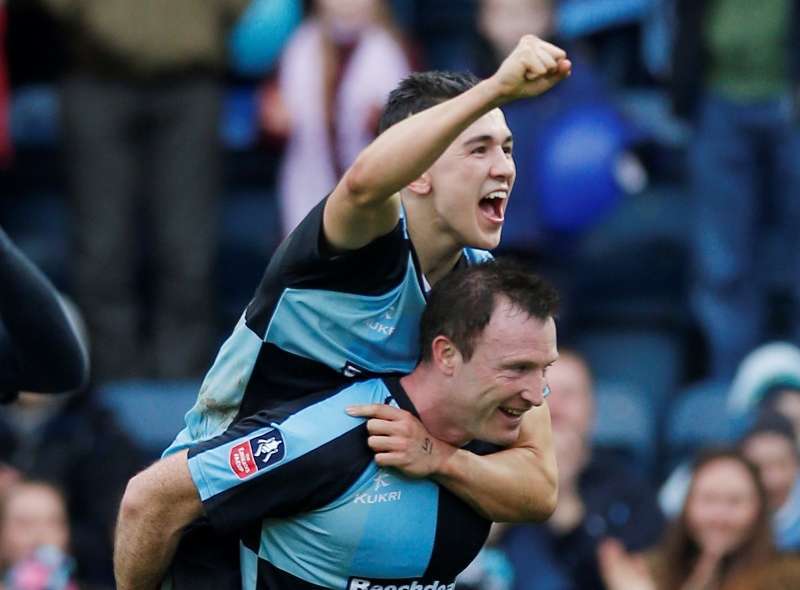 HE WAS kicked to the kerb by boyhood club Watford in the summer but Luke O’Nien’s mantra is simple – don’t get angry, get even.

All O’Nien had ever known was the Hornets and after 12 years worth of hard graft, his sole reward was a throwaway few minutes as a substitute against Barnsley in 2014.

It’s little wonder then that the midfielder believes he left the club without receiving a fair crack of the whip, but he did not spend the summer mulling over what could have been.

Instead the 21-year-old put his head down at former Watford youth player Ben Herd’s St Albans-based academy – and this time his effort has reaped rewards.

Gareth Ainsworth was sufficiently impressed enough to hand O’Nien a one-year contract at Wycombe following a trial and he has barely been out of the team since.

And while all of his energy is focused on the Chairboys’ play-off push, he wouldn’t mind a chance to show Watford exactly what they gave up on.

“It was not the best way of finding out, two weeks after the season finished, but that’s the harsh reality of football,” he said.

“But I’m not one to sulk. As soon as I found out the news, I went straight to work and that’s what I’ve always been like.

“I had no idea how things would pan out, but I did a lot of work at the Ben Herd Pro Performance Academy, where I’ve spent a lot of time over the last few years.

“I did a lot of one-to-one sessions with him over the summer to make sure I was ready for whatever would be next and the trial with Wycombe eventually came up.

“People have different opinions about you just because it doesn’t work out somewhere, but it’s put more fuel in the tank to prove them wrong.

“Maybe one day we can get a cup draw against Watford and I can show them why.”

Ainsworth will have seen much of himself in O’Nien – another technically gifted midfielder, he was rejected by Blackburn Rovers as a youngster before carving out a fine career in the Football League.

“The manager has helped me a lot too, he has been there and done it and he knows the situation I was in from when he was a player,” O’Nien added.

“I was very grateful to him and all the staff for my opportunity and hopefully I can repay the faith week in, week out and show what I can do in every game.”

Following yesterday’s FA Cup tie against Aston Villa, it’s back to business in League Two, where Wycombe were nicely perched in sixth place heading into the weekend.

But O’Nien says Ainsworth has told the team to concentrate on a magic number – 61 points – before they dare dream about promotion.

“Our target at the start of the season was 61 points and then we’ll reassess when we get there,” he said.