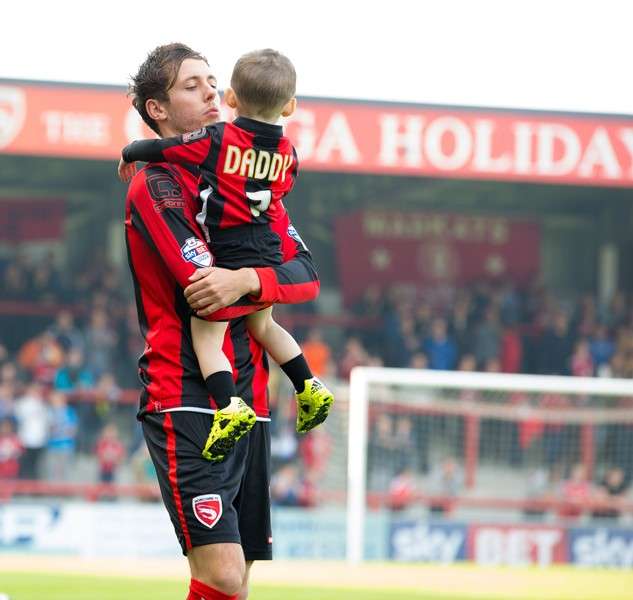 Having set up a stunning 14 goals for his team-mates  in the 2015-16 campaign, 25-year-old Dublin-born Devitt trails Premier League ace Ozil by just two in the assists column – and thanks the Gunners star for highlighting the importance of the feat.

“It’s strange really (to be compared to Ozil), but I think that he’s brought more publicity to people who set others up, as his stats over the years have been frightening,” said Devitt.

“I don’t know if people used to take much notice of who set the goals up. It was all about who scored them.

“I think now Mesut Ozil has done what he’s done, more people are taking notice – and I’ve got a bit of credit for mine this year because of that.”

In a typically selfless manner, Devitt wanted to share the limelight with his fellow Morecambe players and, in particular, those in the attacking department – who have lapped up his crosses and finished them in style, making the Shrimps the joint-second top scorers in the division heading into the weekend.

“I have to praise the lads who are finishing the chances – otherwise I wouldn’t have as many assists,” he said. 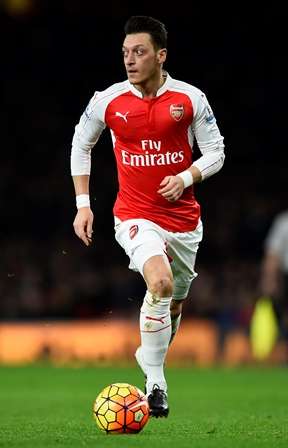 Prominence: Arsenal ace Ozil is a case of being praised for assists, rather than goals (Photo by Action Images)

“The team have been scoring loads of goals and  I’ve got into a routine of setting people up. I’d like to  think I’m quite unselfish.

“You get quite a thrill out of setting someone up, too.”

Part of Hull City’s development squad when they were in the Premier League, Devitt admitted he lived quite a fast-paced life before settling down with his partner Gemma and two-year-old son Mason, with the latter giving him the inspiration he needed to succeed in football.

“I think when I was younger I was a bit foolish – I earned good money when I was really young,” he admits.

“I was living on my own and maybe I didn’t have the right guidance, but I’ve got a family now and I’ve settled down. I feel like a better person which is making me a better player.

“I’ve got a little boy and I’m trying to give him the best life I can; ever since we’ve had him, it pushes me more and more every day to give him the things I didn’t have growing up.”

With mid-table Morecambe eight points off seventh place pre-weekend but with two games in hand on most of their rivals, Devitt is confident that with a bit of luck the Shrimps can be in and around the play-off spots come the business end of the campaign.

“At the start of the season our aim was the play-offs, and I think we are still striving for that,” he said.

“We’ve had a couple of bad months but I think we are capable of going on a run and stringing together three or four wins on the bounce.

“That will get us back to where we want to be.

“I don’t think we’ve been written off but at the minute we are in a predicament where we could go either way – the next few weeks will be vital.

“With our games in hand, we can get right back in the mix again.”

If that is to happen, then it’s a fair bet that Devitt will be behind a fair chunk of the Shrimps’ goals.