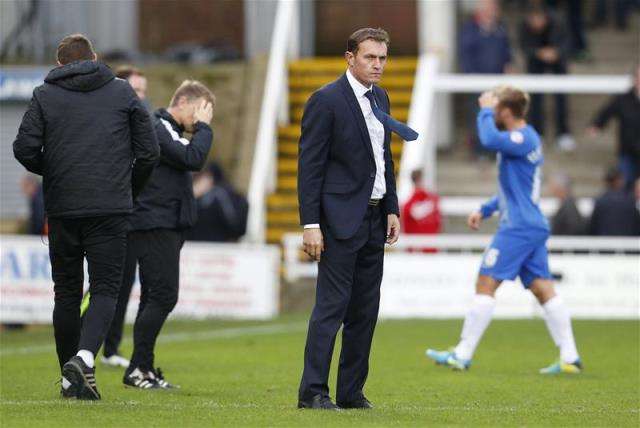 Sunday’s defeat to Hartlepool United has come at a bizarre cost for the Leyton Orient squad who have been banished to a hotel in Essex as a ploy by owner Francesco Becchetti.

Italian owner Becchetti, under the stress of possible extradition to Albania to face fraud allegations, has acted to send the players and coaching staff to the Waltham Abbey Marriot hotel in Essex where they have stayed all week.

O’s manager Ian Hendon explained the decision is a bid to build cohesion after their 3-1 defeat to Hartlepool United on Sunday: “The owner has had different sporting ventures over the years and he said sometimes it’s good to get together and spend time together. It helps team bonding. When the owner suggested it I thought why not try something different.”

The players have travelled to the club’s Chigwell-based training ground together, and are allowed to visit family and friends in their spare time. But they have been returning to the £100-a-night hotel complete with a swimming pool and spa to eat and sleep together.

Since their table-topping start to the season which saw them win their first five league games, the east Londoners have slumped to 7th in the table. Albeit still in the play-off places, Hendon stated his willingness in doing anything to get back to winning ways starting this Saturday against York City.

“If we win four or five-nil the owner might ask us to move here permanently. We’re not trying to hide anything. We’re staying at a hotel. There are plenty of army camps I know about in deepest darkest woods if we wanted to do that,” said Hendon.

Becchetti faces an extradition hearing on 7 December in London where the CPS will examine the request of Albanian authorities to have him face trial.