A closer look at the League Two Team of the Week 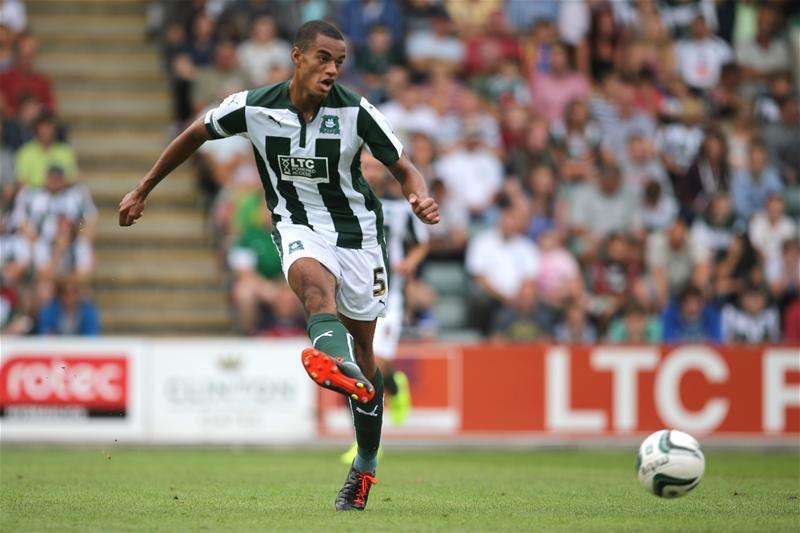 We take a closer look at the star performers from last weekend’s League Two fixtures.

Despite being on the losing side on Saturday, Trevor Carson’s performance against AFC Wimbledon drew plenty of plaudits. The in-form Dons peppered the Hartlepool goal throughout the game and would probably have won by far more than two goals had it not been for the 27-year-old shot-stopper. Carson made a spectacular fingertip save to deny George Francomb in the first half and then reacted quickly to deny Adebayo Akinfenwa’s close range effort 15 minutes from time.

Carson joined Hartlepool this summer after leaving Cheltenham Town and has made four appearances for Ronnie Moore’s side this season.

Top of the table Plymouth continued their superb start to the season with a 2-0 victory over Morecombe at Home Park. Plymouth captain Curtis Nelson was on hand to successfully nullify the Morecombe defense and help the Pilgrims to yet another clean sheet.

Nelson, who has made 210 appearances for Argyle, has been rewarded for his good performances of late by being nominated for the October League Two Player of the Month Award.

Mansfield Town fell to a disappointing 2-0 defeat at home to Wycombe on Saturday. However, The Stags’ defender Lee Collins came away with the man of the match award after putting in a sterling performance. The 27-year old was unlucky not to score at the start of the second half when his superb looping header was tipped wide by Matt Ingram. Just minutes later, Collins then did brilliantly to prevent a Wycombe goal by clearing Garry Thompson’s effort off the line.

Collins came through the ranks at Wolverhampton Wanderers and joined Mansfield this summer after leaving financially stricken Northampton Town.

Carlisle came from two goals behind to record an important 3-2 victory over Yeovil on Saturday. They were helped by an unexpected brace from defender Micheal Raynes. The 28-year old center back halved Yeovil’s lead on 31 minutes when he bundled in his first ever Carlisle goal from a corner. Raynes then scored the winner with 15 minutes remaining as he smashed the ball home from close range after Arthur Krysiak’s could only parry Hallam Hope’s effort.

Raynes has made 14 appearances for the Cumbrian side after being released by Mansfield Town in July.

Barnet’s 26-year old center back put in another strong performance as he helped The Bees to an impressive clean sheet against Exeter. The defender has played for a whole host of clubs during his short career but appears to finally feel at home with Barnet. N’Gala joined the North London club from Portsmouth in July 2014 and has since made over 50 appearances.

Micheal Appleton’s men romped to a hugely impressive 5-1 victory at Teddy Sheringham’s Stevenage on Saturday. Man of the match Kemar Roofe rounded of the scoring as he brilliantly crashed the ball home from 20 yards out.

The 22-year old spent the latter part of last season on loan with Oxford from West Brom. After he impressed last year, The U’s decided to bring Roofe in on a permanent deal this summer.

Mingola inspired Accrington to a hugely impressive victory at Ian Hendon’s Leyton Orient this weekend. The Enfield-born midfielder caused Orient problems all afternoon and was unlucky not to have an assist to his name after his teasing cross was volleyed just wide by Sean McConville.

The 24-year old has been at Stanley since 2013 and has made 86 appearances for the club, scoring 10 goals in the process.

Despite their financial troubles off the pitch, Northampton have so far had a surprisingly good season on the pitch. The Cobblers will feel unfortunate to have not come away from the game against Newport on Saturday with all three points having gone 2-0 up. Midfielder Nicky Adams played a key role in both of Northampton’s goals and was deemed deserving of a place in this weekend’s Team of the Week.

Adams signed a three year contract with Northampton this summer after joining from promoted Bury.

Yeovil have struggled so far this season but got off to a dream start at Carlisle on Saturday, going 2-0 up after just eight minutes. Cornick grabbed The Glover’s second goal as he finished emphatically after being put through by George Thomas.

The 20-year old is on loan at Paul Sturrock’s side from Bournemouth and has so far scored three goals in 13 appearances for Yeovil.

Windass made the journey down to London worthwhile for Accrington fans as he grabbed a first-half winner at Brisbane Road. The 21-year old scored his eighth goal of the season as he finished calmly after being put through by strike partner Billy Kee.

After the game, Stanley boss John Coleman praised Windass, telling reporters, “I thought Josh was exceptional again today and was most probably our man of the match”

Ryan Taylor hit a brace in Oxford’s emphatic win over Stevenage. Taylor opened the scoring on 17 minutes when he slid the ball through Jesse Joron’s legs after reacting quickest to a rebound. The 31-year old then grabbed his second of the game with 20 minutes remaining when he headed home after the ball had cannoned off the bar.

Taylor made over 150 appearances for Rotherham and joined Micheal Appleton’s side this summer.