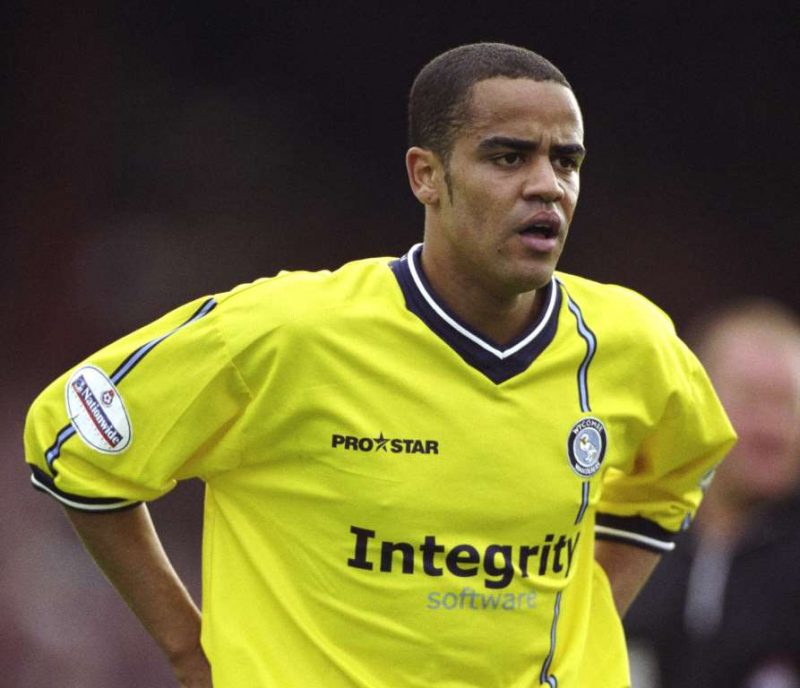 The first match was a Watford one because they used to give tickets out to local school kids. I was very young, so I don’t remember it exactly, but I do remember my first Tottenham game at White Hart Lane. I remember walking into the ground and taking it all in – it’s an amazing place. They played Swindon Town and I went with my dad, Reg, and my best mate, Joe. My dad is a huge Spurs and he still goes every week.

Paul Gascoigne. He was just a magician. My dad bought me a video of him from when he was at Newcastle and I must have worn it out. I watched it so much. He was just an incredible player. He was so before his time, certainly in England. We just did not have anyone like him at all.

I think it was a pair of Mitre boots my dad bought me. The first pair as a young player were Puma Kings. If you had a pair of them, you were doing all right because they cost a fortune. When my dad got me those, I thought I must have been half-decent at football! When I went to Southampton, we were told there was an Aladdin’s cave of boots and to help ourselves, so I never looked back.

That would have been a Spurs baby-gro. The first kit I really loved and my mum could never get me out of was the 1991 FA Cup final kit, which Gazza scored in. That is the one that really stands out. I used to have the lot, shirt, shorts and socks.

I made my debut against Oldham at Adams Park for Wycombe. I came on with about 15 minutes to go and it was just a blur, but it was, without question, one of the most magical days of my life. Lawrie Sanchez was the manager then. The day before, I’d been told to train with the first team, then the next day I was in the squad, and then playing. My heart burst out of my chest! Lawrie was great. I travelled all over the country with the first team and got to play at places like Manchester City. That set me up for a great career.

That came against Wrexham, the season after my debut. We were 2-1 up, but they were putting us under all kinds of pressure. I think there were five minutes left when the ball bounced up on the edge of the box. I remember thinking I would either score, or miss and have a breather! Luckily, I smashed it into the bottom corner. It was an incredible feeling – I did not know what to do!

That came a couple of seasons after, away to QPR. After breaking into the Wycombe team, a few of us young lads started to get a little bit big for our boots. I was pretty ill-disciplined for a few weeks. There was a late tackle by Jason Cousins and I got involved in the aftermath. I remember being on my hands and knees saying to the ref ‘you can’t do this’. They are not fond memories. I learned a lot then and calmed down from there.