Home / Latest News / Marley: ‘The tables have turned!’ as Barnsley aim for JPT and play-offs

Marley: ‘The tables have turned!’ as Barnsley aim for JPT and play-offs 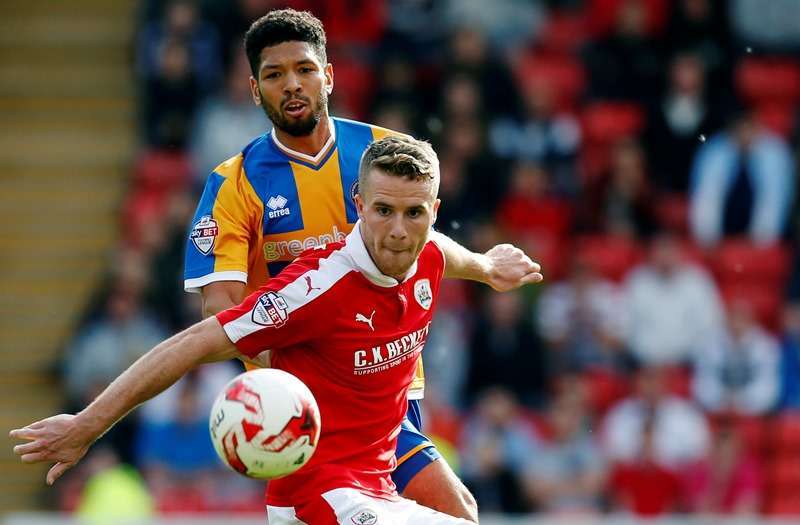 BOTTOM of the table at the beginning of December, Barnsley fans were bracing themselves for a life outside League One next season.

Fast forward three months and they will be thinking the same, but now it’s the likes of Molineux and Elland Road they will hope to be visiting next term, rather than planning trips to Rodney Parade and The Hive.

And, with the Tykes now fighting at the right end of the table, in-form midfielder Marley Watkins admits he would be gutted if they didn’t make the play-offs now. “The tables have turned!” said the 25-year-old.

“I always knew we had a good team, and at the start of the season I was thinking: ‘How are we doing so badly?’

“But the table doesn’t lie. We deserved to be where we were and we took a bit of stick. But I knew we wouldn’t go down. We stuck together and now we are seeing the benefit.

“It takes time for players to gel and get used to each other, but we are there now.

“I would be gutted if we didn’t make the play-offs. I don’t want to put too much pressure on us, but we need to keep our performances going.”

The turnaround at Oakwell has been all the more extraordinary when you consider there was a managerial change in the midst of their purple patch.

The former defender is currently in caretaker charge, but he has quickly won over Watkins.

“He was a quality manager, but he left the club in a good way and Paul Heckingbottom is a top man too.

“He’s not just carried on Lee’s work, he’s added bits in. But he was always involved with the first team when Lee Johnson was here and I think that’s what has made the transition so smooth.

“Everyone respects him and wants to do well for him, and he has the support of Tommy Wright, who is quality in his own way.

“We always have a game plan and everyone knows his role. We’ve got a lot of quality in the team and confidence is high.”

As well as a promotion push, Barnsley fans have the small matter of a Johnstone’s Paint Trophy final at Wembley Stadium fast approaching.

He admits he wasn’t expecting such an occasion to come up again so soon.

“I had ambitions to play as high as possible, but I found the SPL was not as respected as perhaps I thought it was,” he said.

“My plan was to go there, tear it up and maybe get a move to the Championship, but I was wrong.

“I made the right move, though. Barnsley are a massive club and I’m delighted to be here. The Wembley final is another thing to look forward to. It’s a new experience for a lot of us.

“Whoever wants it most on the day will win. That will be my message to the boys.

“No-one remembers how you performed in a cup final. They remember whether you won or lost, and we need to have the desire to win. I’ve got no doubt our players can handle it.

*This article was originally published in The FLP on 13 March 2016.