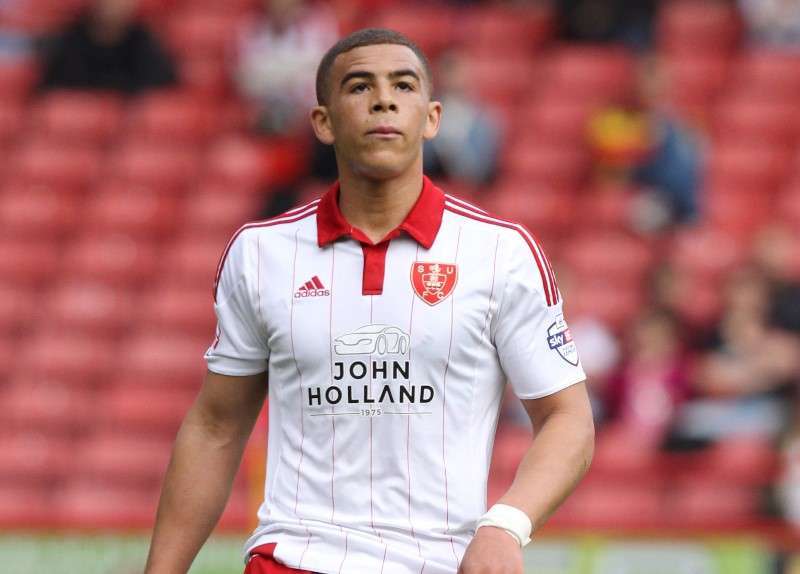 SOUTHAMPTON and AFC Bournemouth have entered the race for Sheffield United’s Che Adams – and that could see the asking price soar to over £3.5m.

The FLP understands the south coast Premier League clubs are preparing offers and will take on Manchester City for one of the Football League’s biggest prospects.

City have already been in touch about the 19-year-old, whose performances at Bramall Lane are said to have tempted Manuel Pellegrini’s side to test the water with a £3m offer.

A bidding war could now begin with Adams, signed from Non-League Ilkeston in 2014, not expected to be at the League One club next season.

He signed a three-year deal in the summer to fend off interest from suitors in the Championship, but the Blades have an understanding with the attacking midfielder that they won’t stand in his way should a big club come calling.

A source confirmed: “There are three Premier League clubs in for him, and interest is growing every week.

“It will push the price up no doubt with City starting on £3m. He’s a player with great potential and clubs higher up are starting to recognise that.

“He stepped up from the Northern Premier League fantastically well and the theory is that he can take the leap from League One to the Premier League in his stride too.”