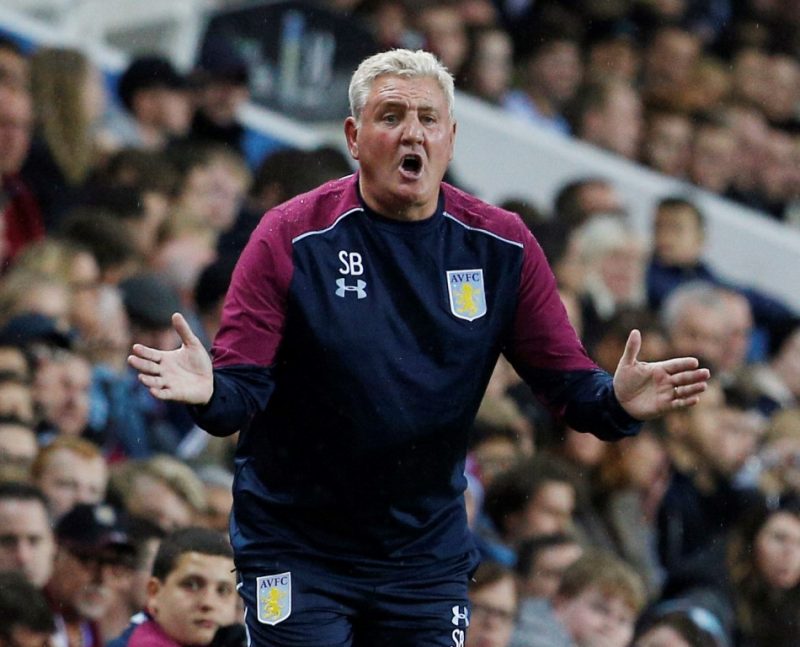 *This article originally featured in The FLP’s 30 October 2016 edition.

STEVE Bruce has been warned to expect names “a lot stronger than potato head” when he returns to St Andrew’s as manager of Aston Villa today.

The 55-year-old spent six years in charge of Birmingham, ending their 16-year absence from the top-flight and signing the likes of Christophe Dugarry before joining Wigan in 2007.

But after replacing Roberto Di Matteo at hated rivals Aston Villa this month, Bruce is in line for a savage reception in the first Second City derby at this level since 1988.

Yet according to one of the men who played in that game, beneath the bile there will be grudging respect.

Scottish midfielder Des Bremner played over 200 games for Villa, winning the First Division title and European Cup before making a move across the city in 1984.

He then spent five years with the Blues and won promotion to the top flight, thus becoming one of the few people to successfully bridge Birmingham’s bitterest divide.

“I was quite fortunate in the sense that I was part of a very successful team,” says the 64-year-old, who now works as a financial advisor in nearby Sutton Coldfield.

“I’d done very well for Villa and the fans remembered that. They were always good to me. Likewise, when I went to Birmingham, we won promotion to the First Division in our first season so that quickly won them over.

“All any fan wants to see is someone who gives 100 per cent for the club. Blues, Villa – it didn’t make any difference to me. Not being a local lad, I didn’t have a bias either way so I just tried my best for both clubs. I think both of them recognised that.

“I’m sure Steve will take some stick today but Blues fans never forget somebody who did their best. Deep down, I think they are very thankful for the period of time that he was there.” 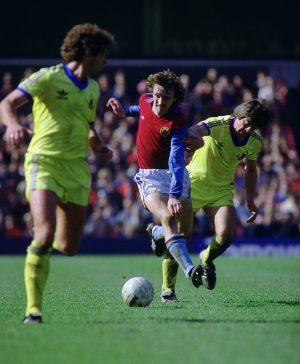 Bremner, who won one cap for Scotland, still visits his former clubs throughout the season and is regularly stopped by fans of both persuasions.

“The only thing that’s changed is the colour of my hair,” he laughs. “I still get recognised and I’m always happy to have a chat and a laugh about certain games or whatever.

“They were great times. At Villa, we had so much success. When you look back now it’s incredible to think what we achieved.

“Blues was a bit different. That season we got promoted, we had some good players. Big Mick Harford was there. He was a very skilful lad. And of course we had young Dave Seaman in goal. But we didn’t have any financial resources to strengthen.

“The chairman at the time, Ken Wheldon, had bought it for a pound and was basically looking to keep it afloat and sell it on at a profit. But he wasn’t helping the manager and we ended up going straight back down.”

Speaking of which, how does Bremner feel about seeing two sides he represented at the highest level slugging it out in the Championship?

“It is disappointing,” he admits. “More so for Blues, because they’ve been down a while. But Gary Rowett’s done really well the last couple of seasons and it’s great to see them getting back to a level where they can compete at the top of the division.

“With Villa, it was sad because you could see it coming for four or five seasons. They were hanging on, just managing to survive. But nobody did anything about it, so it’s no great surprise to see them down there. Steve is a great appointment, though.

“They’ve both seen better days but circumstances never matter in derbies. For that 90 minutes, everybody stands up and it’s always very competitive. I’m sure it will be the same today.

“Unless there’s an early goal, there won’t be a lot of football in the first half. It’ll be two teams desperately trying not to make mistakes with a lot of defending set-pieces.

“Second half, when legs get tired, that’s when a game might break out!”

*This article originally featured in The FLP’s 30 October 2016 edition. 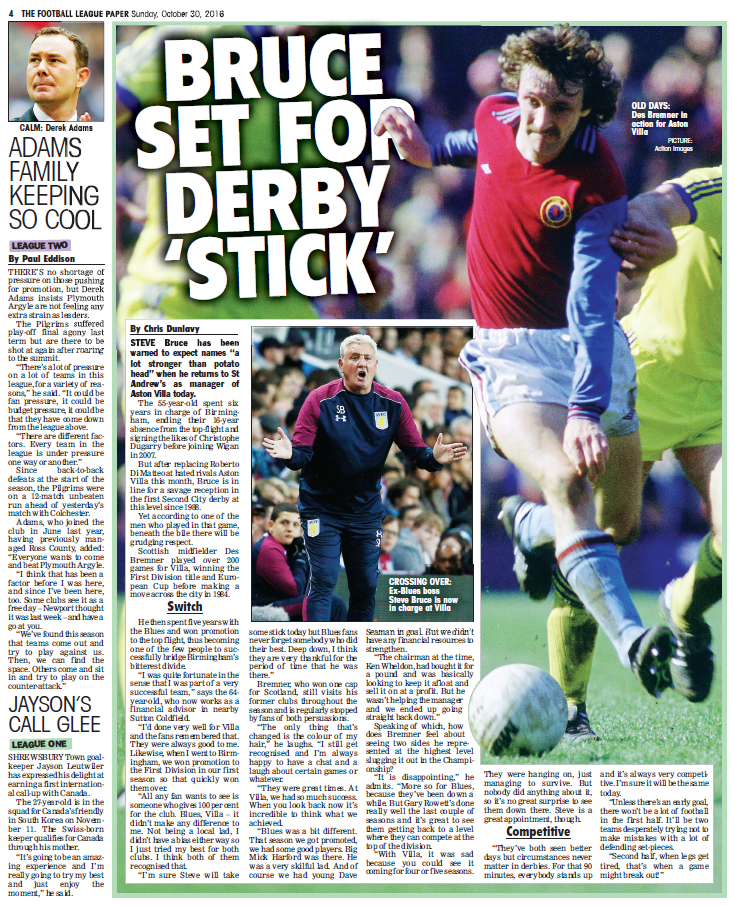