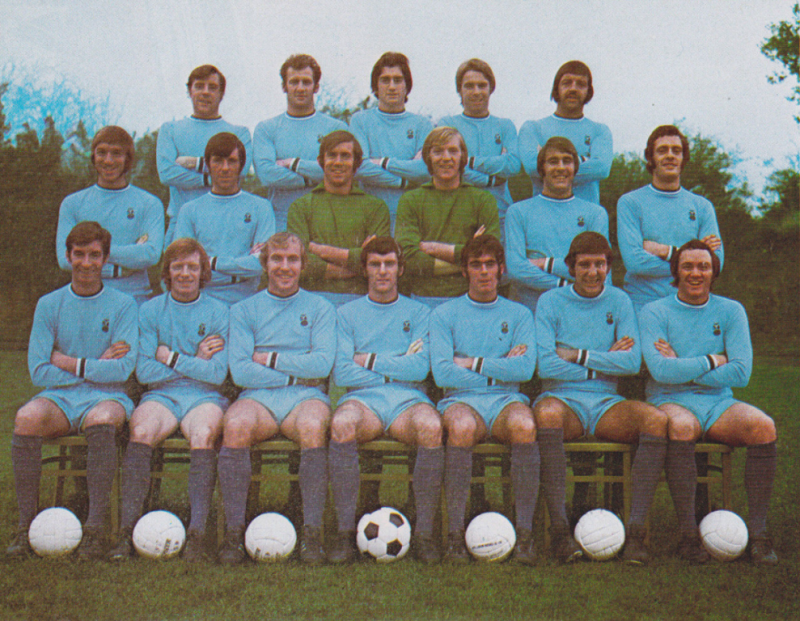 IT’S almost 50 years ago that the Sky Blues played in European competition for the first and only time in their long history.

In 1969-70 Coventry, under Noel Cantwell in only their third season in the First Division, qualified for the UEFA Cup after finishing sixth in the league.

Alas, they were robbed of a second appearance after winning the FA Cup in 1987 as Liverpool fans had rioted at the Heysel Stadium two years earlier.

The deaths of 39 Juventus fans resulted in English clubs being banned from European competition for five years, costing the Sky Blues a place in the Cup Winners, Cup – and they haven’t qualified since.

In the opening round, they found themselves paired with Bulgarian side Trakia Plovdiv, who thought they were in for an easy ride, said Willie Carr.

But they found themselves on the wrong end of a 4-1 hammering in Plovdiv thanks to a John O’Rourke hat-trick, followed by a 2-0 win back at Highfield Road.

“They thought they were more or less in for a bye because they had never heard of Coventry City,” said Carr.

“And they were pretty surprised we were that good. The one thing I remember about Plovdiv is that it was the greyest place I have ever been.

“It was so dour, it stands out even now. All the young girls thought that Dennis Mortimer, with his long dark hair, was one of the Beatles.”

Coventry were then handed one of the hardest draws possible in West German giants Bayern Munich, who were building one of the best sides in Europe.

Bayern, packed with internationals, would go on to win the European Cup three times.

“Bayern were more or less in their pomp then and they stuffed us 6-1 over there in the first leg and we all thought ‘bloody hell’, said Carr.

“I remember we played with one of those black-and-white spotted balls on a really wet night in Munich and Bill Glazier was injured, so Eric McManus went in goal.

“And it was a case of every shot they took went into the goal.

“The ball was skidding off the surface and, every time Eric dived to save a shot, it bounced in front and skipped over him into the net.

“I think it destroyed Eric a little bit. We used those same balls in training and everyone would say ‘bloody hell, don’t show Eric one of them’.

“They had the likes of Franz Beckenbauer and Gerd Muller in their side and it was one hell of a team.

“It was a nice experience. We used to go abroad and play in Holland and places like that in the youth team, but nothing like playing against big teams like Bayern Munich.

“Then when I was at Wolves. I had another go at Europe and we drew PSV Eindhoven or somebody but only lasted one round when they beat us.” 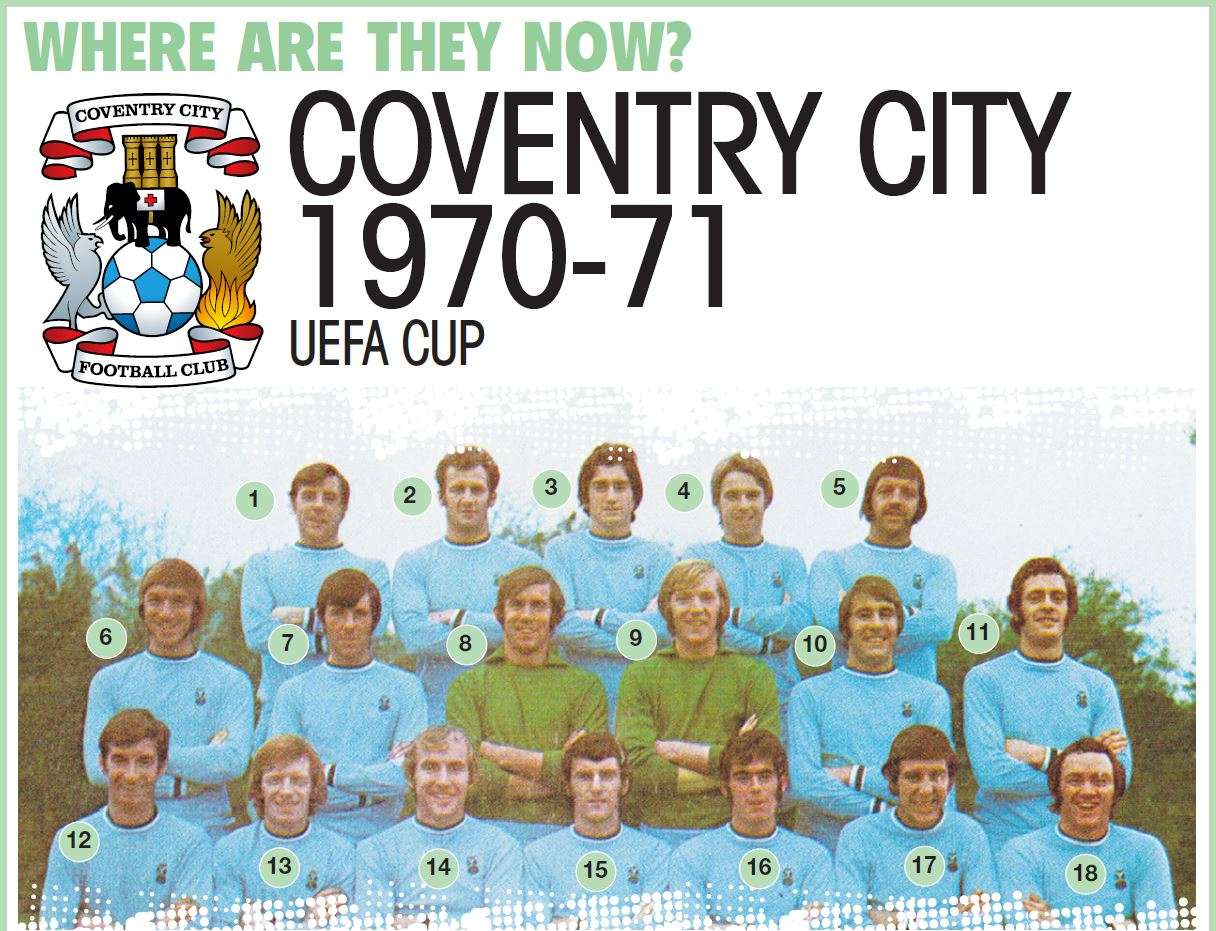 Trevor Gould: Brother of Sky Blues legend Bobby, who is currently manager of Northampton Town’s academy, having previously been the Sky Blues academy director for 13 years.

Billy Rafferty: A striker who returned to the Carlisle area, in Tarraby, with business interests that include health and fitness clubs and indoor soccer school

Noel Cantwell: He spent five years managing at Highfield Road, then in the States as well as Peterborough, where he ran a pub before his death in September 2005, aged 73.

Dietmar Bruck: A full-back who managed Weymouth and Redditch, was financial consultant for an insurance company in Coventry and then became a community champion for Tesco.

Ian Goodwin: A central defender who, after coaching at Nuneaton Borough, worked for Rolls Royce before spending 20 years at Peugeot in sales and management training roles.