Goal-shy Heskey’s longevity is no joke 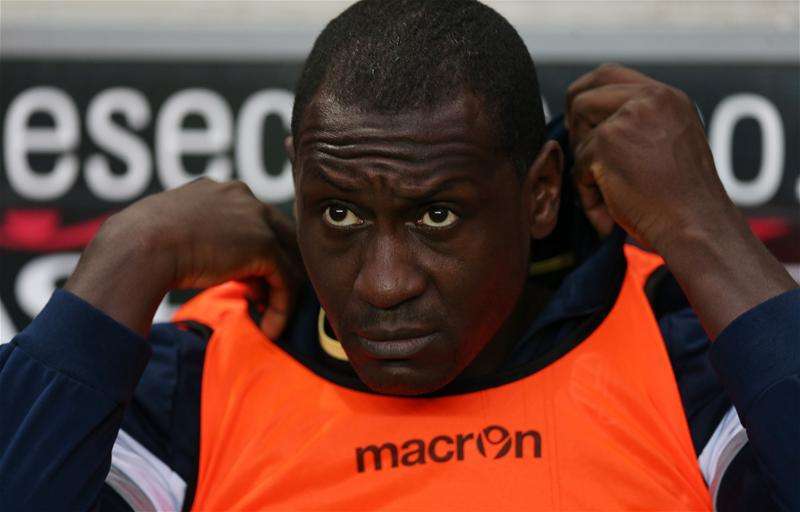 Type the name Emile Heskey into Google and among the first suggestions to appear is ‘Jokes’. Just one click, and there they are.

Few players have been subjected to the sheer volume of ridicule that Heskey has endured over the last 15 years. Leicester, Liverpool, Birmingham, England – no matter where the 37-year-old laid his hat, his ability to put the ball in the net was mocked.

Yet this is a man who scored 111 Premier League goals – more than Didier Drogba, Kevin Phillips and Ruud van Nistelrooy. A man who moved for fees totalling £23.5m. A man who won 62 international caps, played in two World Cups and was picked by four different England managers.

“I just wish people would get off his back,” said Steven Gerrard in 2009. “The stick he gets is so unfair and a lot of it comes from people who don’t realise what he brings to a team. He’s certainly appreciated by those he plays with.”

So why the brickbats? An England record of seven goals in 11 years didn’t help. But – like Wayne Rooney now – it is perhaps a case that explosive early potential was never born out by lasting brilliance. That the player we got wasn’t the one we’d ultimately hoped for.

A Leicester debutant at 17, Heskey burst onto the scene like an unchained wrecking ball, a shy kid trapped in the body of a nightclub bouncer.

Burly defenders were swatted aside or left for dead, goalkeepers left rooted by missiles from either foot. Gordon Strachan famously branded Heskey’s assault on his beleaguered Coventry defence “a one-man war”.

“He was a monster,” said Guy Branston, who played youth football with Heskey and later joined him in the Foxes’ youth ranks. “His touch was fantastic, his pace was fantastic. He could take people on or knock them out of the way. And he made anyone who played with him look good.”

An aging Tony Cottee was one of those beneficiaries and has since called Heskey his best strike partner of all time.

“I was an experienced player by that point, but as soon as Emile came through I knew I’d have to fight for my place. It was a case of ‘Who’s good enough to play with Emile?’

Next came England caps and an £11m move to Liverpool (then a club record).

In his first full season at Anfield, Heskey plundered 22 goals, forming a devastating partnership with Michael Owen and helping the Reds to a unique ‘Cup’ treble.

He scored against Germany in that famous 5-1 demolition, and again in the 2002 World Cup against Denmark.

Yet that goalscoring form was never replicated. Only once more in his entire career would Heskey hit double figures, for Birmingham in 2005.

For many, the issue was one of belief. Though built like a freight train, Heskey – who dreamed of a career in athletics as a boy and idolised Linford Christie – never had the aggression or arrogance to compliment his physique.

Even as a youngster, older brother Santana was the confident, wise-cracking member of the family. His dad Tyrone, a former amateur player, said Heskey “did what he was told”.

Later, at Leicester, Martin O’Neill once said that if Heskey’s first touch of the match went awry, he might as well take him off because the striker’s confidence would be shot.

“From an early age, Emile was a real confidence player,” said Steve Claridge, a team-mate at Leicester. “Martin constantly needed to tell him how good he was. He would tell him before games, at half-time and afterwards. Emile could be unplayable at his best, but he needed that confidence boost.”

Cottee agrees: “We could all see how good Emile was,” he said. “But I don’t think he ever believed it himself.”

Yet there are many who argue that Heskey’s game was never about goals; that, like Teddy Sheringham or Dennis Bergkamp, his strength was in bringing the best out of others.

Owen, certainly, enjoyed his best years for club and country alongside Heskey. Rooney, too, flourished at Euro 2004 with the Liverpool man as his foil. At Birmingham City, in 2005, he won the fans’ and players’ player of the year awards, despite netting only 11 times.

“He worked so hard for the team,” said Owen. “Tracking back, winning headers, doing the physical stuff. If I was doing that, I don’t think I’d have had the legs to make forward runs.”

And he still is.

Now 37, Heskey spent two years with Newcastle Jets in Australia and then impressed enough at Bolton last season to earn an extended contract.

And whilst the Championship’s oldest player may have to wait for history to offer a reappraisal of his abilities, he still refuses to let the knockers get him down.

“Critics are going to be critics,” he said last year. “And people are always going to get on your back. But as long as you go out there and make sure that you do your job, then that’s all you can do.”