Posted on September 20, 2017 by admin in Capital One Cup, Featured, Latest News | 0 Comments 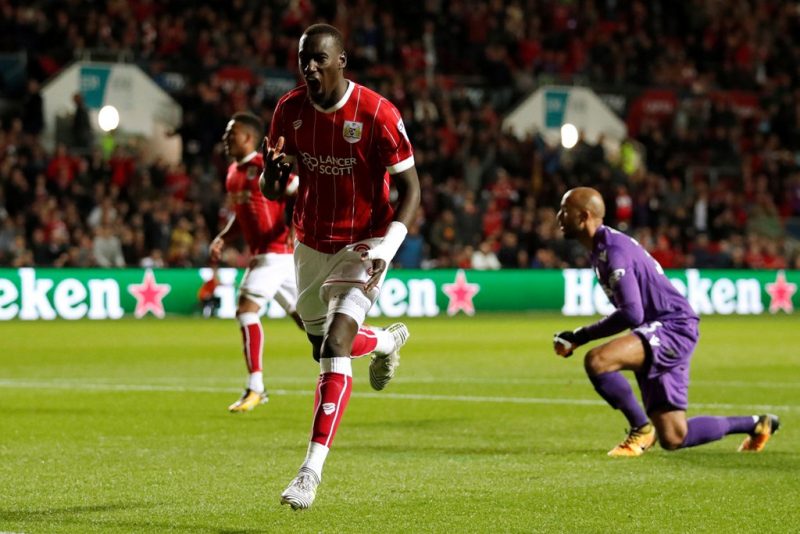 Two goals in 10 second half minutes from club-record signing Famara Diedhiou and Matty Taylor ensured victory for the hosts at Ashton Gate, with Bristol City reaching the fourth round for the second straight season.

Potters boss Mark Hughes was disappointed with his team’s efforts, saying: “I don’t know whether the players underestimated Bristol City but they were certainly warned not to.

“We were very poor. Bristol City played really well and showed lots of energy and personality on the ball – also desire, which we didn’t show.”

Lee Johnson’s side weren’t the only second tier team to knock off Premier League opponents, as Championship leaders Leeds dumped out Burnley on penalties after an enthralling 2-2 draw at Turf Moor.

All four goals were scored in the last ten minutes of regular time plus extra time, as Hadi Sacko put the visitors ahead with ten minutes to go. Chris Wood – who joined Burnley from Leeds for a club-record £15m last month – then drew his new team level from the penalty spot nine minutes later.

Pablo Hernandez appeared to have won the game for Leeds in the 94th minute, also from the penalty spot, but a magnificent Robbie Brady free-kick two minutes later sent the game to extra time.

In an all Championship encounter a brace from Patrick Bamford saw Middlesbrough through at the expense of Aston Villa, while second-tier high flyers Wolves made hard work of League One Bristol Rovers, before an extra-time strike from Bright Enobakhare gave them victory.