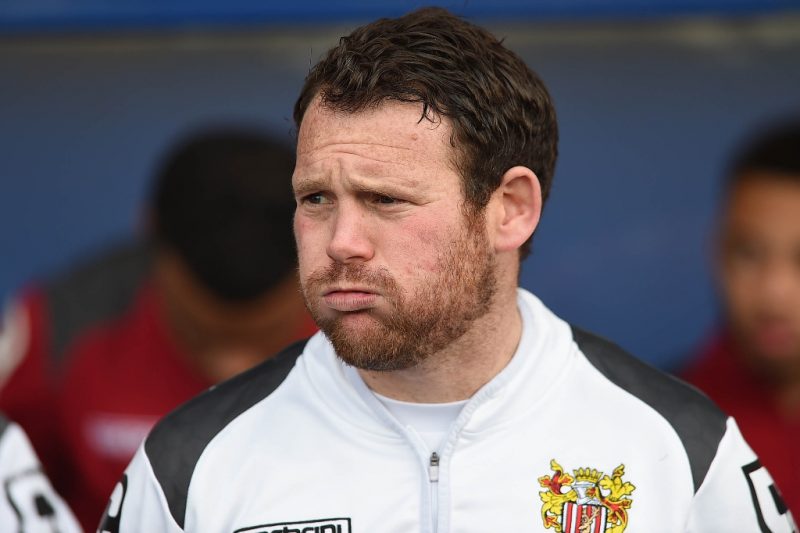 QUESTIONS. That’s what Andy Scott remembers about the day in 2005 when he first clapped eyes on Darren Sarll.

“It was an A-Licence course at Lilleshall,” recalls the 44-year-old, now chief scout at former club Brentford. “He was only a lad of 22 with no experience of playing professional football.

“But he wasn’t intimidated at all by the big names on the course. You had Roy Keane, Gareth Southgate, Martin Keown, Steve Claridge.

“Darren wasn’t afraid to make his point or stand his ground against these guys. And he kept asking question after question – he was desperate to make the most of it. Straightaway, I liked his enthusiasm and willingness to learn.”

Little did Scott realise then that the yappy kid in the corner was already plotting a path to management that today sees him in the dugout at Stevenage.

“I knew from a very young age that I wanted to be a coach,” explains Sarll, whose playing career amounted to a century of games in Non-League for the likes of Hitchin, Bedford and Dunstable.

“I was a very archaic central midfield player with lots of tendencies to destroy and very few tendencies to construct. As much as I loved playing, I could see my pathway was better concentrated in coaching.

“I wanted to fast track myself, to make sure that, by the time I was in my 30s, I would have had a good ten years’ experience. I would know who I was as a coach.”

Which is exactly what he did. At 18, Sarll was coaching kids’ and women’s sides. By 22, he’d collected his coaching badges and bagged a job in the Stevenage youth set-up, learning from the likes of Graham Westley and Mark Stimson.

At 24, he was placed in charge of Boro’s reserve team by Peter Taylor, the former England Under-21 manager. All were badgered and harassed, squeezed for every glistening pip of knowledge.

“I can’t say much about Darren, but I do remember he was inquisitive,” said Stimson, now managing Thurrock. “And, whenever I took lads from his youth team, you could see they’d been well coached.”

A year later, Scott needed a youth team coach at Brentford and, having kept in touch with Sarll, offered him the post. It was the start of a four-year partnership and a lasting friendship that endures to this day.

“The thing I valued most about Darren is his loyalty,” said Scott, who also took Sarll to Rotherham as head of player development in 2011. “He’d do anything for you as a manager, even to the detriment of his own job. He was extremely hard working, very conscientious. We involved him in all the meetings we had because I knew he wanted to be a first-team manager down the line.

“I also wanted people who would ask questions and challenge opinions. In that sense, he was the same then as he was in that room at Lilleshall.”

According to Scott, the only thing lacking from Sarll’s coaching armoury was practical experience.

“Initially, he was very idealistic in what he wanted to do on the training ground,” adds Scott. “In reality, you have to be more pragmatic.

“You’ve got a group of strong-willed lads and you’re trying to coax them to do something. I think he learned from myself and (assistant) Terry Bullivant about man-management and delivering a consistent message.”

Thus empowered, Sarll returned to Stevenage in June 2012 as head of youth. Again, he sponged up information, lauding Westley’s ability to forge a “mentality and culture”. Youth players were expected to work nine-til-five, discipline was paramount.

So impressed was chairman Phil Wallace by his work that, when Teddy Sheringham took charge in July 2015, he was ordered to include Sarll in his first-team coaching staff.

And, when the former England striker was sacked 33 games later, Boro’s players successfully queued up to endorse Sarll’s promotion from caretaker.

“He’s here first, he leaves last,” said skipper Ronnie Henry. “He lives and dies for Stevenage and he’s a very good man. He’s got a big bond with us now. We respect him to a very high degree and can’t speak highly enough of him.”

Fraser Franks, who worked with Sarll in the youth ranks at Brentford before reuniting with his mentor at Stevenage, added: “I don’t think there was a player in the squad who didn’t want Sarlly to get the job. We really wanted him to be our manager. 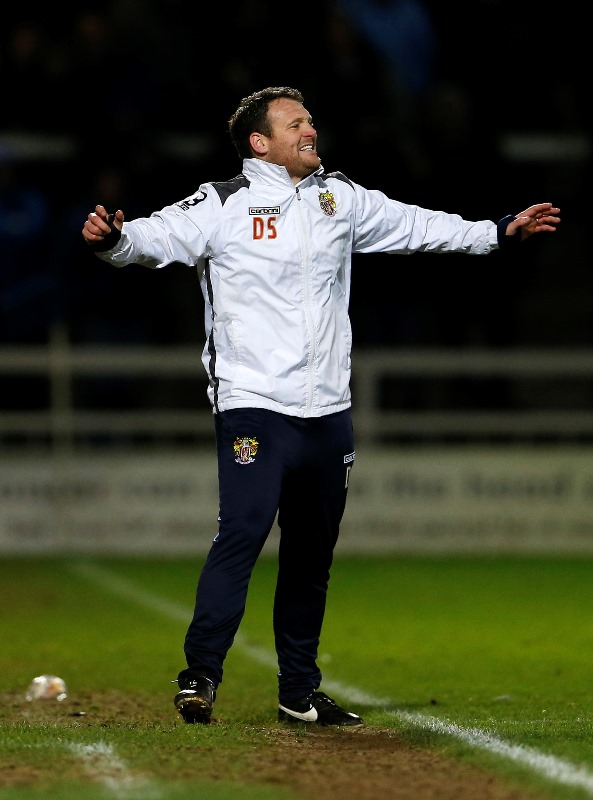 “He’s Mr Stevenage and, with him in charge, we’re a tighter group and we’ve got a better team spirit now.”

So far, those players have backed words with actions. Boro averted relegation last year, and a fourth straight victory on Tuesday put them  within touching distance of the League Two play-offs.

Yet even if Stevenage do return to the third tier, Scott insists Sarll won’t change.

“The one thing you can be sure of with Darren is that he’ll seek opinions,” he says. “To this day, he’s not afraid to ask questions.

“When he got the job last season, we had some good, long chats about what the squad would need. Even now, we speak maybe twice a week.

“Not many managers would ask advice. They think it makes them look weak. But Darren has always done that because he’s come from that background where he had no other choice but to seek other people’s knowledge. To me, that’s a great advantage.”