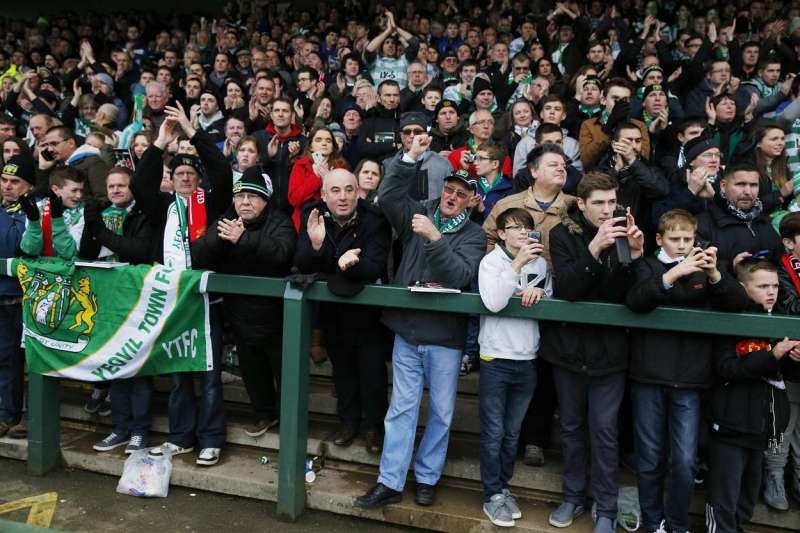 Yeovil Town chairman John Fry has defended the way the club is run and reiterated the challenges faced with scarce funds available.

Fry made a first attempt to sell lands surrounding Huish Park and at their Lufton Way training ground in 2011 in order to add to the club’s balance, but planning applications have so far been rejected by the local council.

Warnings from the Glovers chairman have included the possible outcome of the club’s academy and women’s team needing to be axed, with Fry claiming an outdated and under-attended Huish Park is the main reason behind an absence of investment by him and the board.

Asked whether he accepted the fans views that he had ‘taken your eye off the football operations’ and on-the-field matters, Fry told BBC Somerset: “Not at all. They are always complaining about a lack of facilities for a matchday experience, ‘We’re lacking this and lacking that’.

“The stadium is 26 years old now. It’s falling to bits in different places, and we have to raise that income.”

Glovers fans have criticised matchday prices with tickets for three of Huish Park’s four stands being priced at £24 or higher for Adults, drawing an average home attendance for league matches of 3,191.

Fry rejected suggestions he lacked respect for the fans, adding: “That is a load of rubbish. I give everybody respect, particularly the fans. After 23 years of giving the club service, do you think I would ignore the fans? The fans are the most important part of the business.

“I’ll invite them all in; to come and try to run the football club. None of these lower league clubs have the money in order to survive at League Two level with the wages that are being paid these days.

Fry stressed that the harsh realities of overseeing a club in the lower reaches of the EFL by admitting, “It’s very, very tough at all clubs in League Two, even in League One. There’s a lot of money required to keep the infrustructure going.

“To add to this, over the years we’ve had a thing called austerity, where money is not going into the system in order to get the fees or the attendance level that we need here.

“Unless we put the prices up a huge amount we’re not able to bring in the sort of income levels that are going to make any difference at all,” Fry said.

Yeovil have stablised themselves on the field in recent weeks after taking a plunge towards the bottom of the League Two table in August, registering only one win in five, and beginning September with back-to-back defeats at home.

Darren Way’s side have picked up nine points from a possibile 15 since, to move into 18th, and welcome Newport County to Somerset on Saturday for Graham Westley’s first match in charge of the Exiles.

Looking forward, Fry was asked whether a takeover of the club might not be too far in the distance, to which he responded: “We’re not actively looking for a buyer, but if anyone wants to come in and make an offer then they may do so.”