Home / Latest News / FA Cup with Budwieser / Where Are They Now? Northampton’s 1969-70 side who faced George Best in the FA Cup

Where Are They Now? Northampton’s 1969-70 side who faced George Best in the FA Cup 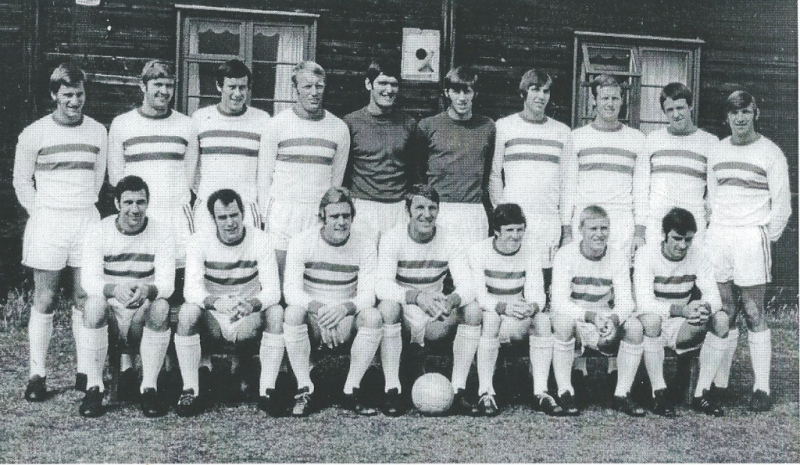 GEORGE BEST felt harshly treated by the Football Association after he was banned for four weeks and fined £100 by kicking the ball out of the hands of a referee.

Unfortunately for the Cobbers, it was they who were in the firing line when he returned from his month of stewing on the sidelines.

He regarded the incident at the end of a League Cup tie against Manchester City as nothing more than a moment of high spirits, but the FA took a dim view.

As a result, Best put on one of his most mesmerising displays scoring six goals as United ran out 8-2 winners in an FA Cup fifth round tie.

Frank Rankmore, who missed a penalty when Northampton were 3-0 down, points out it wasn’t until an hour before the game that they knew Best was playing.

“Do you have to remind me about that game?” laughs Rankmore. “George was magnificent that day, to be fair. We certainly knew he was a genius after the game.

“There was a bit of a palaver in Manchester about whether he should play or not, and the rumour that reached us was that they weren’t going to select him. We knew that he was with the team when they arrived, but we knew he was playing for sure only when they handed in the team sheet.

“He had a point to prove that they were right to play him – and we were on the end of it .

At the time Northampton were back in the Fourth Division, having risen to the top flight before dropping down again almost as quickly.

They had seen of Weymouth, Brentwood, then Exeter City after two replays, and Tranmere after another replay to earn the tie against United.

And, even though United were inconsistent during that campaign, they proved to be far too good for Northampton, thanks to the Best inspiration.

“We had a decent side at the time and had been playing as a team and getting some good results.

“We had achieved some very good results to get to play United.

“But, at the start of the week, there was a doubt about the game because the pitch was under water.

“But it proved to be playable. And, if I’m honest, we should really have taken the lead before United scored and then later I missed a penalty.

“Really, we had at least one or two players who were a little overawed by the presence of George Best. There is no doubt about it.

“It is certainly one of those games that you don’t forget, especially because George decided he wanted to punish us for being suspended by the FA.” 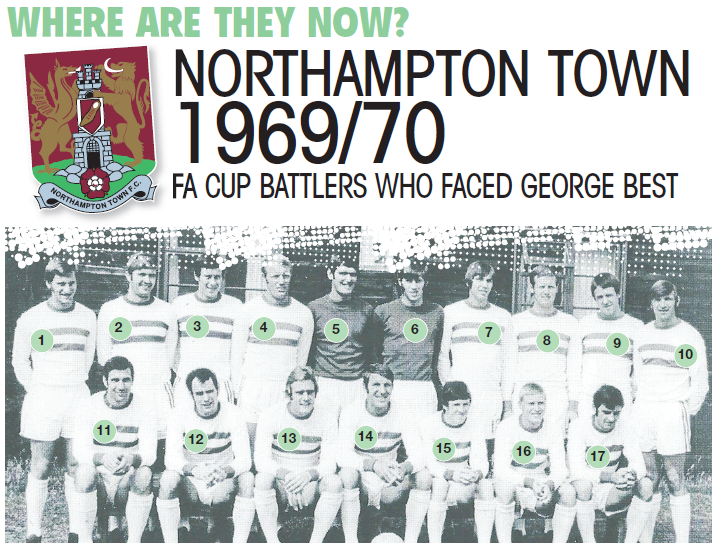 Bernie Fagan: Winger who settled in the United States, where he coached FC Portland and now runs his own successful youth camps.

Brian Knight: Midfielder who settled in the Northampton area, where he runs a golfing holiday business, Tarleton Travel.

Des McPartland: Goalkeeper who became an engineer with Haigh and Ringrose and the Babcock Group but died from lung cancer in April 2006, aged 58.

Gordon Morritt: Goalkeeper who settled in Yorkshire and became a security manager for a company based in York until retiring.

One thought on “Where Are They Now? Northampton’s 1969-70 side who faced George Best in the FA Cup”