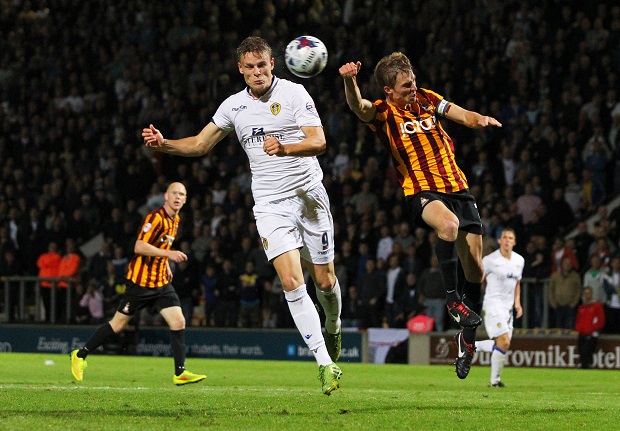 IN THE dark places below the Premier League where Sky Sports News fear to tread, deadline day is a grim old experience.

For almost every club, it’s about counting the hours until the window closes and scrabbling like mad to cling on to your best players. Just ask Blackburn supporters, who must have feared that Jordan Rhodes would be snatched away, or Brentford fans, robbed of their star turn Adam Forshaw with just hours remaining.

Still, that doesn’t mean Football League clubs were so busy battening the hatches and ignoring the phone that they didn’t do some business of their own. Here, then, is a deadline day side comprised of the best deals around.

JAMAL BLACKMAN Chelsea – Middlesbrough (loan)
OK, so there wasn’t a great deal of choice. In fact, Blackman was about it. But the 20-year-old has already played for England U21s and is so highly-rated by Chelsea that he recently signed a five-year deal. And, after an unconvincing start from Tomas Mejias, the penalty-saving specialist will get a run in the team.

JACK O’CONNELL Blackburn – Rochdale (loan)
NOT to be confused with the actor who played Bobby Charlton in BBC’s United, O’Connell wasn’t even signed up until he was 18 but has made huge strides in the subsequent two years.

Capable of playing left-back or centre-back, he is a cultured ball player with a deadly left foot who can pass his way – long or short – out of defence.

Initially signed on a six- month loan last year, Rochdale boss Keith Hill was so impressed that he swiftly extended the deal to a year and even handed O’Connell the captain’s armband as Dale swept to promotion from League Two.

A regular for England U19s and viewed by Blackburn as a future star, O’Connell was a target for several League One clubs. Their loss is most definitely Rochdale’s gain.

JOS HOOIVELD Southampton – Norwich (loan)
THE Premier League always looked a stretch for Hooiveld, yet the big Dutchman more than held his own in 2012-13 before slipping out of contention last year.

The 31-year-old is tremendous with the ball at his feet and a massive threat in the box, as he proved by scoring eight times as the Saints won promotion in 2012. Now with added top-flight experience and a contract expiring next summer, he will be battling to seal a permanent move.

MARK HUDSON Cardiff – Huddersfield (nominal fee)
IN the months following a £1m switch from Charlton in 2009, Hudson, left,was far from popular with Bluebirds supporters, viewed by many as overpaid and under-skilled. Yet the big centre-back’s relentless professionalism gradually won them over, culminating in a richly-deserved player-of-the-season award as the Bluebirds won promotion to the Premier League in 2013.

Sadly, injuries and competition for places mean the 32-year-old has played just twice since lifting the Championship Trophy, and with Ole Gunnar Solskjaer far from convinced, the Cardiff skip- per has finally cut his ties.

Whether Hudson remains the imperious presence who skippered Cardiff to glory after 18 months out remains to be seen but, if so, Terriers have a bargain.

DOMINIC POLEON Leeds – Oldham (£200,000)
DANNY Wilson called Poleon “raw, unpredictable and very quick” during a loan spell at Sheffield United, which about sums it up.

The former Chelsea trainee was never trusted to start at Leeds, generally being thrown on as a last, desperate measure to test tiring legs.

By this summer he’d had enough, tweeting ‘Got to do what’s best for you, change isn’t always bad’. Now a level below and in a side with less competition for places, the winger should get more time on the pitch – and, at 20, has plenty of time to find the consistency lacking in his game.

ADAM FORSHAW Brentford – Wigan (£4m)
HE wasn’t cheap, but with Brentford unwilling to sell and £7m from the sale of James McArthur burning a hole in his pocket, Wigan supremo Dave Whelan didn’t have much choice but to cough up.

Still, the Latics chief can rest assured that he’s signed a solid gold star. Whether it’s passing short, passing long, driving forward or tracking back, the 22-year-old is the quintessential box-to-box midfielder, a midfield general with class to match.

Of course, with McArthur and Jordi Gomez both snatched from Wigan’s midfield, the ex-Everton trainee has big boots – and lots of ground – to fill. Yet nothing in his 100-plus appearances for Brentford suggests he can’t.

Yet last year he played 30 matches, losing on just two occasions as Kenny Jackett’s men stormed to the League One title. A sitting midfielder with an excellent range of passing, he is combative and used to winning – and desperate to prove a point. If things go well, expect a one-month loan to be extended.

ANDY PROCTER Bury – Accrington (free)
ROCK bottom of the Football League with just a single point from five games, James Beattie’s Accrington need all the help they can get.

And, in former skipper Andy Procter, they’ve got a fella who’s been there, done it and has the t-shirts from countless great escapes.

A Stanley legend, the 31-year- old made over 400 appearances in a decade at the Crown Ground, first winning promotion from the Conference then single-handed- ly saving the day with a brace to keep Accy in the League.

Though a move to Preston in 2012 was arguably a step too far, the midfielder is a class act in League Two whose experience and personality will be invaluable to a young side clearly struggling for confidence.

GLENN MURRAY Crystal Palace – Reading (loan)
ALL but the most stony-hearted Brighton fan must feel sorry for Murray, a guy who started in Non- League with Workington and Carlisle and inched his way up to the Premier League only for fate to deal a savage hand.

A serious knee injury in the play-off semi-final victory over Brighton meant Murray missed the chance to play at Wembley and the vast majority of Palace’s first season back in the top flight. Now, after one goal and a handful of sub appearances, he is back in the Championship.

Yet if the poacher’s instincts – and penalty prowess – that brought 31 goals in 45 matches in 2012-13 are undiminished, the Royals are onto a winner.

LUKE JAMES Hartlepool – Peterborough (£800,000)
POOLS’ youngest ever goalscorer and last year’s player of the year with 16 goals in all competitions, 19-year-old James was so desperate to force through a move that he went on strike for several days last month.

And you can see why – director of football Barry Fry and boss Darren Ferguson don’t tend to get it wrong when it comes to strikers. Just ask Britt Assombalonga, Dwight Gayle or Craig Mackail-Smith. The young speedster should flourish.

At 6ft 6ins (his half-brother Jean-Francois is a basketballer), the 25-year-old is a monstrous presence in the box whose 14 goals in 48 games for Leeds almost all came from headers.

Well-liked by Leeds fans who appreciated his bruising endeavour, Smith was sold to balance the books, with the reported fee looking a steal for a guy who scored 13 Championship goals last year.

More to the point, he’s exactly what a young and talented but physically fragile Fulham side need.