Home / Features / Columnists / Dunlavy column: Why it all went wrong for Joao Carvalho at Forest

Dunlavy column: Why it all went wrong for Joao Carvalho at Forest

Posted on October 6, 2020 by admin in Columnists, Featured, Features | 0 Comments 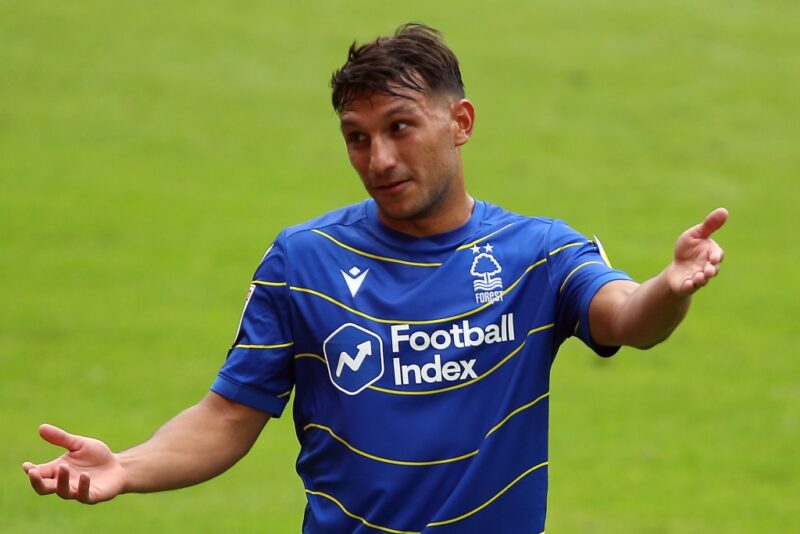 JOAO Carvalho was supposed to be Nottingham Forest’s answer to Ruben Neves when he was signed from Benfica for £13.5m in 2018.

A different type of player, yes. A rung below in terms of class. But still an elite technician whose ability would elevate a humdrum Championship side into title contention.

He was, after all, a man the Reds could never have signed without Jorge Mendes, the Portuguese superagent and friend of Forest owner Evangelos Marinakis whose influence over Benfica saw Carvalho’s €50m release clause vanish like mist on the Trent.

This was it. The signing that finally turned the page on a decade so tragi-comic that you often expected to find Alan Partridge in the City Ground dugout.

Yet as the Portuguese playmaker slinks off on loan to the Spanish second division, all he leaves behind is questions.

Why, after showing promise under Aitor Karanka in his first six months, did successor Martin O’Neill shove Carvalho to the fringes?

Why, given the current dearth of goalscoring opportunities, hasn’t current boss Sabri Lamouchi adapted his system to make room for Forest’s most creative player?

Neither O’Neill nor Lamouchi ever offered a definitive explanation, and both grew visibly weary of being asked. Yet the exile of Dele Alli at Tottenham Hotspur offers an instructive parallel.

Like Carvalho, there has never been any genuine suggestion that Alli has attitude or personal issues. Like Carvalho, he is a player of obvious ability.

The issue is his position. Alli’s explosive emergence came as a floating No.10, a role already undergoing a gradual erosion when Mauricio Pochettino was sacked in September 2019.

Under Jose Mourinho, the position vanished completely and Alli found himself fighting for a place in central midfield – or up front – against quality players more comfortable in those roles.

Carvalho suffered a near identical fate. As a No.10 under Karanka, the Portuguese thrived. Four goals. Eight assists. Man of the match displays. He even inspired a 3-2 win over Stoke on a freezing Friday night at the Britannia.

And this, remember, from a 21-year-old who had played just 22 competitive matches prior to his arrival in England. O’Neill, however, wanted his midfielders to be muscular grafters. The Northern Irishman focussed on getting the ball forward, wide and quickly, not building through the centre.

“He will be miles better when he is used to the physicality of this league,” said O’Neill when quizzed on Carvalho’s absence. But Carvalho wasn’t Ben Watson, and never will be.

Lamouchi – handpicked for the job by Mendes – is closer in ethos to Karanka but midway through last season hit upon a defensive 4-2-3-1/4-1-4-1 hybrid that once again eliminated the need for a No.10.

Carvalho started just one game in 2020 as Forest’s play-off push gathered momentum, and when a final-day collapse did not prompt a rethink, the writing was on the wall.

“I have to think of the whole team, not just one player,” said Lamouchi in the summer. Mendes, of course, thought purely of his investment, and was never going to allow one of Europe’s best young players to rot on a Championship bench.

Such is the 54-year-old’s power that it is unlikely Forest’s hierarchy had any say over Carvalho’s departure, or his destination. Almeria, another Mendes satellite, is very clearly a shop window for the Spanish market, and even a semi-impressive season will result in a move to La Liga.

If this is the end of Carvalho’s stay on Trentside, Forest fans are entitled to wonder what might have been had Karanka not resigned after a fallout with the board – and whether the chronic upheaval that has plagued the club’s recent history has ultimately cost them the services of a world-class player.