Home / Featured / Dunlavy column: Shunned Paul Hurst shows no manager should be blamed for looking out for no.1

Dunlavy column: Shunned Paul Hurst shows no manager should be blamed for looking out for no.1 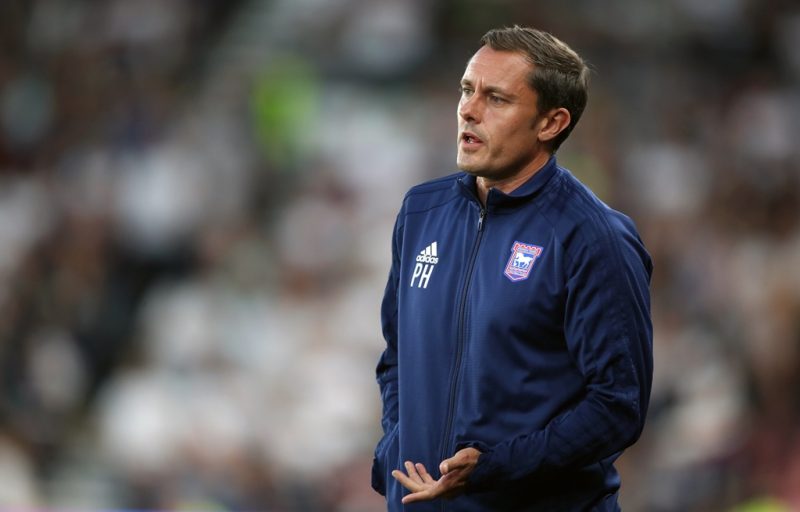 IT’S been a pretty bleak month for Paul Hurst. One minute manager of Ipswich. The next taking pelters from all angles.

Sacked by the Tractor Boys. Accused of disrespect by Bartosz Bialkowski, who was unceremoniously dropped for the East Anglian derby.

Overlooked for the vacant Notts County job. And, worst of all, hung out to dry by Shrewsbury chief executive Brian Caldwell.

The second of those, a 2-1 defeat to Rotherham in the play-off showpiece, denied the Shrews a first-ever season in the Championship.

By then, however, Hurst had apparently already cleared his desk and packed his car, the ink long dry on his Portman Road contract.

Those negotiations with Ipswich on the eve of the play-offs infuriated Caldwell, who responded to rumours of Hurst’s return last week by spilling the beans on his hasty exit.

“It is too soon for Paul to come back,” he said. “You have lost that trust with someone doing something behind your back for such a length of time at a really important time.”

Could Hurst have handled his departure more professionally? Certainly. And Caldwell’s anger is understandable. Nevertheless, it is unrealistic to expect saintly behaviour from managers when they rarely receive it from the people upstairs.

Remember when Danny Wilson got shafted by Sheffield United? In 2012-13, the former Barnsley boss took the Blades on a 19-game unbeaten run, spent months at the top of League One and, with five games to play, lay just six points off an automatic promotion spot.

Defeat to Crawley at Bramall Lane was only their second reverse in 12 games, but that didn’t stop owner Kevin McCabe doling out a p45.

Then there’s Karl Robinson, who in the summer of 2016 rejected advances from Leeds United to focus on getting MK Dons back into the Championship.

“He’s shown me great loyalty and our relationship is as strong as ever,” said Dons chairman Pete Winkelman – four months before terminating Robinson’s six-year tenure on the back of a 3-0 defeat to Southend.

Today, Wilson is out of work and has been for almost two years. Robinson is toiling at Oxford, his name no longer linked with the most coveted jobs in the EFL.

So yes, Hurst could have asked Ipswich to wait. He could have focussed on Shrewsbury. But what if a flashier, more box-office candidate had then caught the eye of Marcus Evans and the Ipswich board? Town, after all, spent the spring in a doomed pursuit of Frank Lampard.

And Hurst? He’d have been left high and dry, past exploits forgotten, his Championship chance gone for good.

One bad job, one dismissal, and a managerial career can hit the skids faster than Scooby Doo fleeing a ghost, as Hurst’s current predicament demonstrates.

That is why no manager should be shamed for looking out for No.1 – and least of all by somebody running a football club.