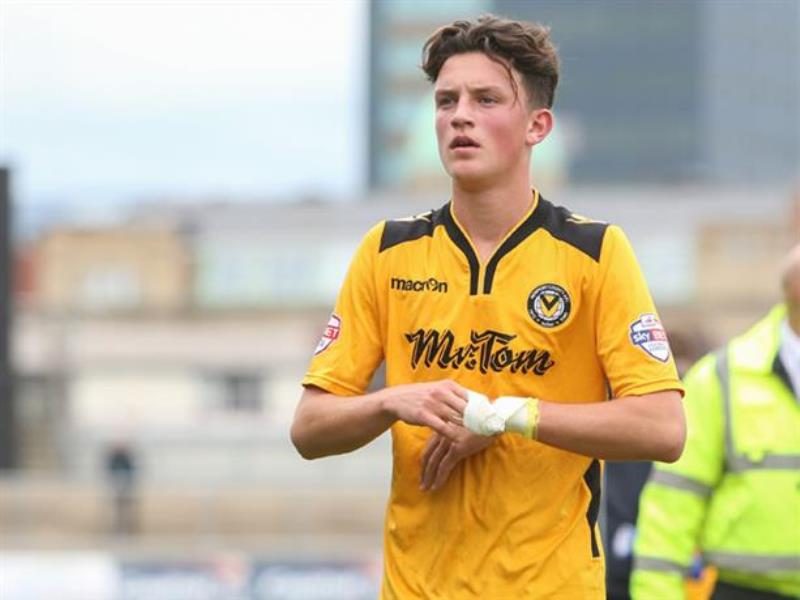 That would be Kieran Parselle. We went to school together in Bristol and grew up together, so it is a nice coincidence that we both ended up at Newport, too. To have him in the squad was great for me and it made it a lot easier for both of us to settle in. We live just down the road from each other now!

It is a hard one because all of the lads are quite good at putting their hands in their pockets, but I think I will go for Jaanai Gordon. He has a bit of a reputation for being tight.

The worst dressed is without doubt Scot Bennett. He has some dodgy gear. He has a rascal blue top and wears some bad tracksuits. It is not the best at all! I think Joss Labadie is the best. He has his own clothing line and makes his own stuff, so I have to say him. A lot of the guys have got his tracksuits, tops and hats. His stuff is decent.

I am going to have to own up to that one and say me. I am in control on match-days and I try to mix it up for everyone, really. I like hip-hop and rap, but I play a bit of house for the older guys in the team. Sometimes I do get hammered for my choices, but most of the time everyone likes it. I have some decks at home and do some DJ-ing. My initials spell TOE, so I am known as DJ Toe.

We are quite big on the fines now, so it is not that bad. Generally, we are all really good, but Craig Reid was late for a match recently. He said there was a lot of traffic and it did not go down very well!

I am going for Mickey Demetriou. He loves to talk a lot to the manager, so it has to be him.

Jennison Myrie-Williams. When I scored that goal earlier in the season against More-cambe, which was then cancelled out because the weather forced it to be abandoned, he danced in my celebration so I have to say him! I dance a little bit, but Jennison is the main man – he is pretty good.

Our Christmas party was cancelled this year because we were due to play Plymouth in an FA Cup replay, with the winners playing Liverpool at Anfield, so we did not do anything. But I think Marcus Beauchamp would be the one because he is a loose cannon! He is totally mental and does not have boundaries.

Liam Angel has a   terrible tattoo on his bum from when he went to Zante last year. It has the name of the town he is from in Wales and then ‘Zante’ with a palm tree. It’s not the best.

Who will be the best manager?

Darren Jones is an experienced head and has done some coaching. I can see him being very good when he finishes.