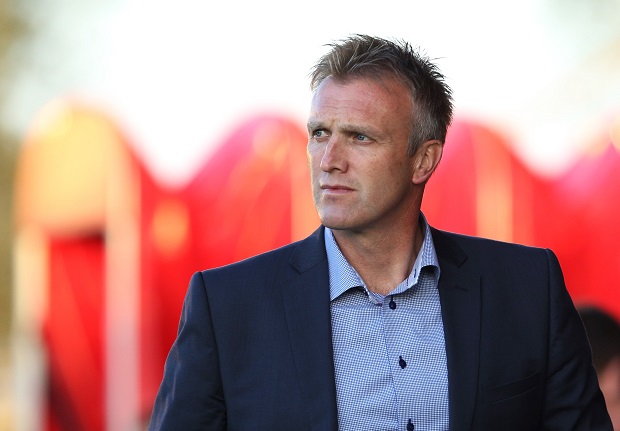 Crewe Alexandra captain Ryan Lowe has said he was left disappointed after not being spoken to about the recent managerial change at the club.

Crewe, currently 18th in League Two, sacked Steve Davis after the side lost their fifth game out of seven on Saturday – a disappointing 3-0 reverse at Mansfield.

It was the final straw for Davis, who was relieved of his duties, and David Artell was promoted from his position in Crewe’s academy to first-team boss, but Lowe is unhappy he wasn’t addressed about the vacant leadership role at Alex.

Speaking to Radio Stoke, Lowe said: “In all honesty, I’m a bit disappointed no-one rang me.

“Obviously, Dave’s been given the nod. I hope he does well and we’ll have to now see where this takes us.

“I’ve played with Dave a couple of times, at Chester and Shrewsbury, and we get on a like a house on fire. But that’s football. I’m always there to lean on, whoever it may be.

“I’ve had a bit of stick myself by sticking by him (Steve Davis), but I’ll always stick by the manager, whoever it is.”

Six weeks ago, Lowe was linked with a return to former club Bury, who were keen for the veteran striker to take up a joint player/coach role with the League One club.

In the end, and after much consideration, Lowe opted to stay with Alex – something he wishes was taken into consideration when club officials were choosing a managerial replacement.

Nevertheless, Lowe is still focusing on helping his team climb the table, and accepts the players must take some of the blame for Crewe’s poor form, saying: “The fact is we haven’t been good enough throughout the season.

“Early on, we were okay for the first two months. But then we packed in a bit and we haven’t done as well as we should have.

“And some of the players have to look at themselves and take a bit of responsibility.”