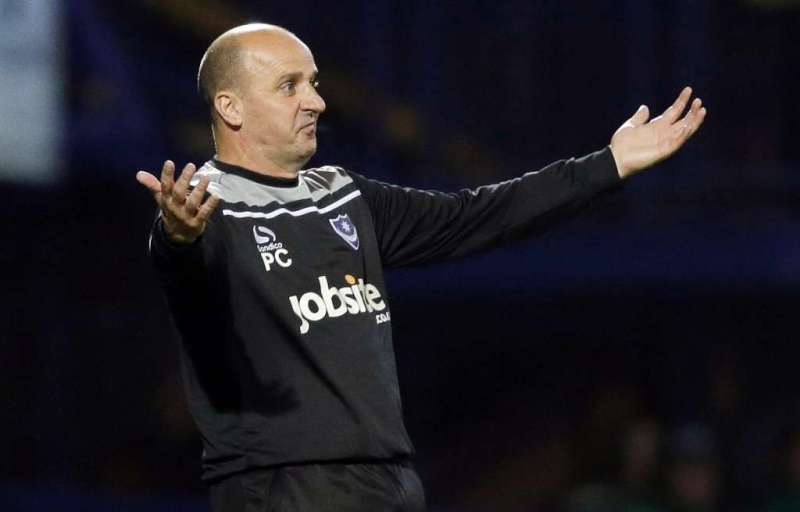 Portsmouth manager Paul Cook has told fans that the club will be active in next month’s transfer window as they aim for League Two promotion.

Pompey currently sit fifth in the division, but have fallen seven points off the automatic spots after their dour 0-0 draw at home to Hartlepool on Saturday.

With Plymouth, Carlisle and Doncaster occupying the top three places in League Two and showing no signs of squandering their lofty positions, January could be vital on the South Coast.

“When you are at good clubs there is always pressure on you to improve – and for bigger clubs the reality is you probably can.” Cook told the Portsmouth News.

“We will be active in January, whether that means we will do anything or not remains to be seen but we will be looking to be active.”

At the moment, Portsmouth’s squad of 28 is one of the largest in the league, and could play a part in what business Pompey can and cannot carry out.

With numerous players leaving Fratton Park in January last season, Cook is clearly a manager happy to do some deals in the notoriously busy month, but won’t sign anyone for the sake of it.

The manager said: “It’s about who comes in. We are happy, genuinely happy at the minute.

“We feel we have a strong squad, but the good thing about this club is our board are always there to help. If I went to them with something I am sure they would help.”

“My job is to keep watching games and looking up players, looking at how we are doing on the pitch, what we can do better – and is there anyone out there to improve us?