Home / Latest News / Brown: Most chairman would have sacked gaffer, but he’s repaid them tenfold!

Brown: Most chairman would have sacked gaffer, but he’s repaid them tenfold! 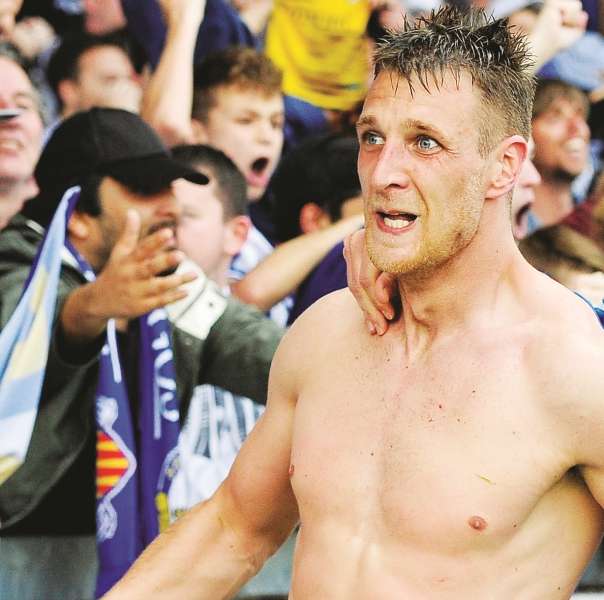 THEY say good things come to those who wait, and for Bristol Rovers’ Lee Brown it isn’t just his stoppage-time promotion-sealing winner that’s late.

Brown’s 92nd-minute goal fired the Gas to League One and their second consecutive promotion on a dramatic final day after Accrington Stanley dropped points against Stevenage.

The goal sparked wild celebrations at the Memorial Ground, two years after the despair of relegation to Non-League.

But despite all the excitement of the defender’s tap-in, it wasn’t quite enough to kick-start the arrival of a new face into the Brown household.

Partner Sophie is expecting their second child – last Saturday was the due date – and they’ve been on tenterhooks all week.

“She came to the game, the nutter!” left-back Brown told The FLP. “I thought her waters might break but not even scoring a last minute goal was enough.

“Her and my little girl Mollie-Rose have been like celebrities this week. We had the ITV cameras round to do a piece for the TV – everyone loves an overdue baby story.

“It’s been crazy. I just remember in the split second Matty Taylor’s shot hit the post and came out I thought, ‘Oh my God, that’s coming to me!’ I was in shock. I can’t describe the feeling, it was absolutely crazy.

“We half-knew Accrington were drawing so we were urged to get forward – although I’m always up there regardless. They’ve been hammering me all season about that but finally it paid off.”

Rovers boss Darrell Clarke kept the majority of the squad that got them out of the Conference at the first time of asking.

Striker Matty Taylor topped the League Two scoring charts with 27 goals in his first ever League season, while 14 of the 18-man squad on the final day were with the club last season.

Brown was part of the relegated side and could have left following relegation, instead choosing to stick about to put things right.

“It’s like chalk and cheese compared to two years ago,” Brown said. “Back then you literally couldn’t go out. I remember the day after I was like, ‘I need to get back to London for a bit,’ because when we went out it felt like everyone was staring at you.

“Now I can’t even walk down the shops! I was walking out with my mates the other day and it was crazy with people saying well done.

“If you were Mystic Meg you’d be a millionaire, but I wasn’t to know it would work out like this when I stayed – luckily it has and it’s brilliant.” 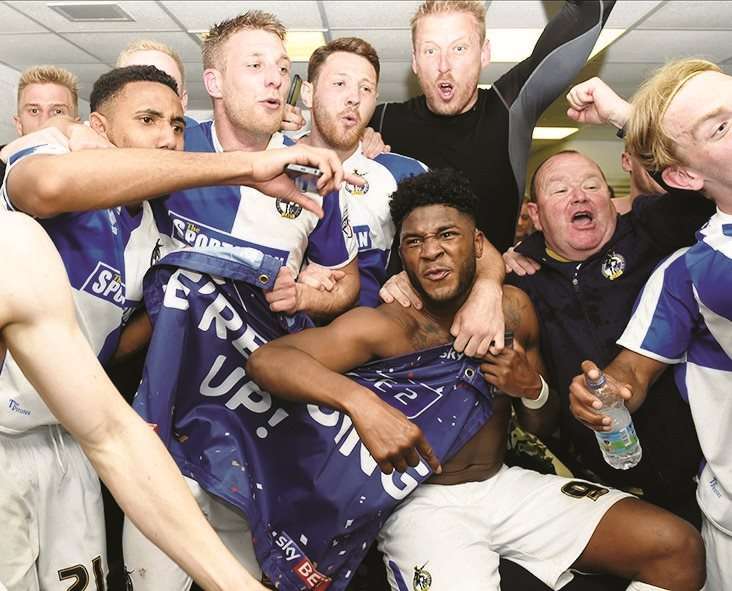 For boss Clarke it’s a fourth promotion in five full seasons as a manager – two with Salisbury City and now two with Rovers.

“It’s an unbelievable stat,” Brown said. “When we got relegated a different chairman would have sacked him but they stuck with him and he’s repaid them ten-fold.

“His man-management is unbelievable. He makes you feel worth something – even if he might not think it!

“We’re probably not the best players in League Two, but if the group is so close you end up fighting for each other.

“The manager got rid of a lot of players when we went down and brought in a whole new squad. We’re all around the same age and can all relate to each other. We’re around that 24/25 mark with a few young lads and a few oldies so it’s a good mix.

“Then in the older lads you’ve got people like Lee Mansell who thinks he’s 21 anyway. Everyone gets along. The 34-year-olds talk to the young lads and that’s so important at a club.

“We’ve got an unbelievable bond and team spirit in the group. That takes you so far.”

*This article was originally published in The FLP on 15 May 2016.