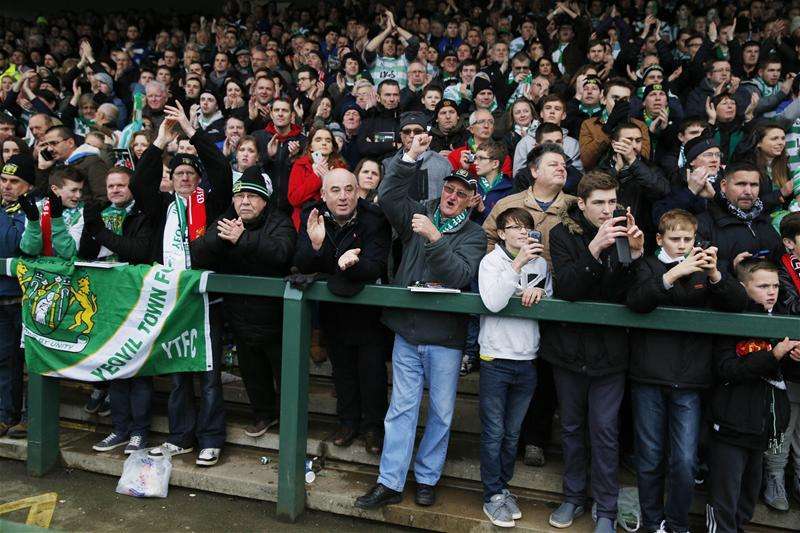 When your club is in trouble, it’s easy to moan. But wouldn’t it be better to do something about it?

Last week, I went down to my old club Yeovil, whose fans have become increasingly frustrated at what they see as stonewalling from the boardroom.

Season after season, the owners fail to invest in the squad. Every year, 18 new players walk through the door. And it’s not like, say, Crewe, who have a policy of bringing through youngsters and trying to sell them on. It’s just a hodgepodge. There’s no real identity.

They went up to the Championship. They had the big cup tie against Man United. But the financial benefits of those achievements never seem to show on the pitch.

Recently, there’s been an inquiry about a plot of land next to the ground. The fans want to keep that for a training ground, but they hear rumours the chairman wants to sell it. That various people are offering this, that and the other.

They’ve gone to the chairman for answers but not had anything satisfactory back. They feel like they’re being left in the dark about a club they love.

Now, they’ve had enough. Which is why, last Tuesday night, I chaired a meeting in which they unanimously voted to establish a supporters’ trust.

We had speakers from Supporters Direct and Exeter City, whose supporters have owned the club since 2003.

The Yeovil chairman, John Fry, wrote a letter wishing them a successful night, adding that neither he nor the manager could make it. That drew a few sneers.

Naturally, there were sceptics. People said ‘What can a supporters’ trust actually do?’ But the examples are endless.

Just look at FC United of Manchester. That all started because fans were sick of the Glazers heaping debt on their club. A few years on, they’ve got their own club in National League North with gates more than 4,000 strong.

Wimbledon fans had their club stolen and moved to MK Dons. They formed a trust, rebuilt their club and, within a decade, had returned to the Football League.

The guy from Exeter told us their trust was formed because they wanted to buy a player the club couldn’t afford. At the time, they had 211 members and £11,000 in the bank. But it snowballed. More people got involved and, suddenly, they could buy shares. Now, they’re running the club and doing it brilliantly.

Thanks to the trust, they spend a third of their income on the playing budget, a third on the academy, and a third on facilities. And, every time they sell a player or get a big cup tie, the same applies.

Others said ‘The chairman isn’t talking to us – what’s going to change?’ But just look at the situation with Karl Oyston and Blackpool. That became very toxic and hostile.

James Mathie, of Supporters Direct, explained that, if you just keep asking questions and get enough press coverage, it becomes increasingly difficult for a chairman to avoid scrutiny. They continue to make Oyston very uncomfortable.

The silly thing is Yeovil fans don’t even want the chairman gone. They want to work with him.

Managers and players come and go, but fans will be there for the rest of their lives. Forming a trust is a way of putting pressure on the current regime and safeguarding the future.  I wish Yeovil well and hope more follow their lead