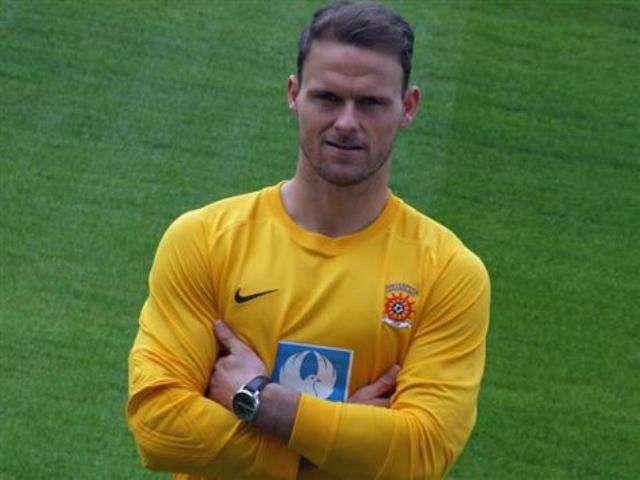 I am closest to Nicky Featherstone. When we went on our pre-season army camp, we were sharing a room. It’s a pretty good time to bond!

Scotty Fenwick is probably the tightest. He’s in charge of the fines but he would never get one himself. All the boys wind him up about it.

Most of our away trips are about ten hours long and the lads pass the time by playing FIFA on the bus. Scott Harrison is the undisputed champion. If you don’t get whitewashed by him, it’s a result.

Josh Nearney, one of the younger lads, thinks he buys all this expensive gear and looks good but it doesn’t work. He is going for the gangster look.

Jake Carroll plays a lot of R’n’B stuff, which isn’t too bad. We actually bought a jukebox between us with the fine money but it went missing, so we just use a phone or an iPad.

Kal Naismith – you can’t get the ball off him and he will sometimes go around seven or eight people. He is very comfortable on the ball and you can see that on a Saturday.

Matthew Bates has been late about 20 times this season. He got his front tooth knocked out against Wimbledon and, since then, he has been turning up about an hour late. He says he’s been at the dentist but that must be an excuse – nobody goes to the dentist that often.

Scott Fenwick would be the chairman’s pet because he follows him on Twitter and re-tweets everything he writes. Michael Woods was a teacher’s pet but he has been out of the team in the last few weeks so it’s there for the taking.

When I first signed, a few of us shared a flat and everyone cooked for themselves. Peter Denton had the plainest chicken and rice every single day.

Kudus Oyenuga – even at weight sessions, the music will come on and he’s bopping around. Scott Harrison fancies himself a bit, too.

Before the first game of the season, the chairman put on a party for everyone and their families and the new signings had to sing a song for our initiation. Brad Walker wasn’t even a new player but he was up there, taking the microphone off the chairman!

Fenwick has got ‘Scott’ on his lower back and it is terrible.

Never puts the phone down?

Jack Carroll is a single lad and he is never off the phone. The rule at Hartlepool is, if the phone is on silent, it’s fine, so it’s quite laid back.

Partial to the sunbed?

Fenwick again – you don’t get that tan in the north east. He must be on a sunbed.

Matthew Bates talks a great game. Lots of people will say stuff but he will take everything in and then say his bit and it will make sense.