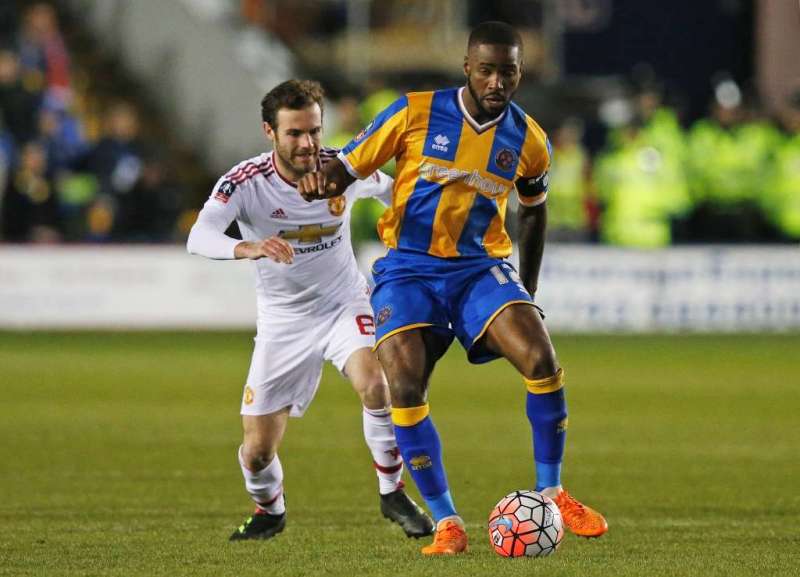 League One strugglers Shrewsbury have extended the contract of midfielder Abu Ogogo until 2018.

The 27-year-old, who has captained Paul Hurst’s side this season, joined the Shrews in 2015 from Dagenham & Redbridge, and has gone on to make 79 appearances for the Shropshire side.

This season, a knee injury suffered against Scunthorpe in February has kept him out of action, but before that, he made 29 appearances this campaign – enough to trigger an extension clause in his previous contract.

Speaking to Shrewsbury’s official club website, manager Hurst said: “I was aware of that situation when I arrived and he has ticked off the games which have allowed us to do that [extend his contract]”

“I’ve said from the start that he is the right type of character that we want at the football club. He’s captained the side at times as well, so I’m pleased that we’ve got that option and that we will take it up.

“He wears his heart on his sleeve when he’s playing and everyone can see the effort that he puts in and that will to win and that’s what we want from all our players moving forward.”

The injury suffered against promotion chasing Scunny ruled the midfielder out of playing for the rest of the month, but Hurst said Ogogo has recently returned to training, and is hopeful for a speedy recovery ahead of pre-season.

“He’s maintained a good attitude during his injury and he’s always had a smile on his face.” said Hurst.