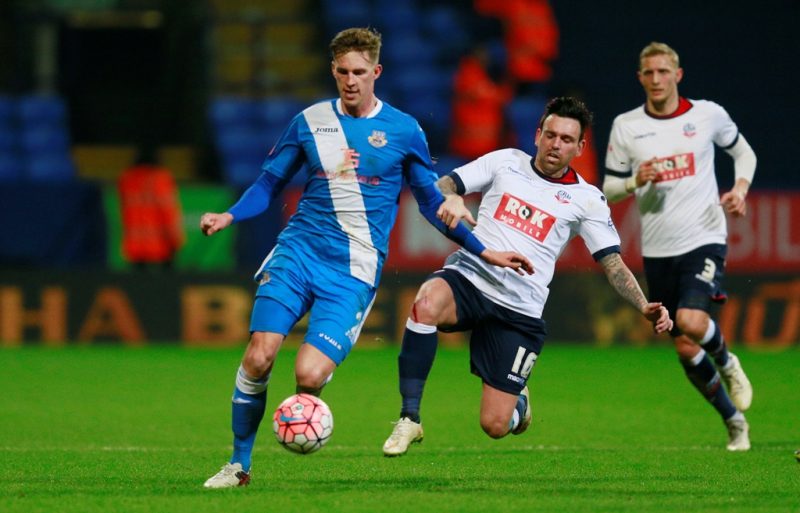 Bristol Rovers have completed the signing of Joe Partington from National League side Eastleigh.

The fee for the 26-year-old defender is undisclosed, but Eastleigh have said the money they have received is a “club record transfer fee.”

Prior to this move, Partington has spent his entire career along south coast, growing up in Portsmouth, starting out as a youngster at AFC Bournemouth and then moving along to Eastleigh.

With the Cherries, Partington has football league experience, having made 52 appearances for the club between 2007 and 2015, and Rovers manager Darrell Clarke told the club’s website: “I am very pleased to have signed Joe, a player who can play in one or two different positions.

“He is hungry and keen to learn and is a welcome addition to our squad and I’m sure that our supporters will be looking forward to seeing him play.”

Partington is a versatile player, having played across the back-line with Eastleigh, and was the Spitfires’ club captain.

He made over 100 appearances for the National League side after joining them two years ago, and a statement on Eastleigh’s website read: “The Club were in negotiations to extend Joe’s contract further, however with such a high level of interest being shown from teams higher up the Pyramid it was always likely that his would be difficult to conclude.

“Joe has been an extremely popular member of the squad since signing. He has conducted himself impeccably and is fully deserving of the opportunity to return to the Football League.

“Whilst the Club are extremely disappointed to lose Joe, we are absolutely delighted for him personally. It is a fantastic move, to a super Club and we wish Joe well for the future and thank him for all his efforts whilst at our Club.”