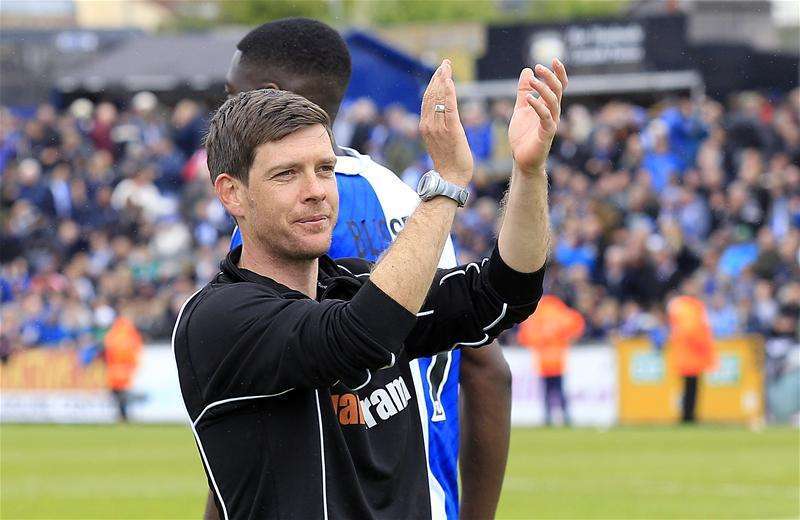 Bristol Rovers have offered manager Darrell Clarke a new contract in an attempt to ward off interest from Championship club Leeds United.

Rovers confirmed in a statement this morning that Leeds have made an approach for Clarke but that it has “failed to meet the conditions set out to enable any talks to take place.”

The statement continued “we can also confirm that Rovers have offered Darrell a new and improved three-year contract to remain as Bristol Rovers manager”.

Clarke took over at the Memorial Ground in 2013 after leaving Sailsbury. In his first season he could not prevent Rovers from losing their Football League status as they were relegated on the final day of the season after falling to a 1-0 defeat to Mansfield.

Clarke has since rebuilt his side and has guided Rovers to spectacular back to back promotions.

Promotion to League One was confirmed in dramatic circumstances this season as Rovers sneaked above Accrington Stanley after netting an injury time winner against Dagenham and Redbridge on the seasons’s final day.