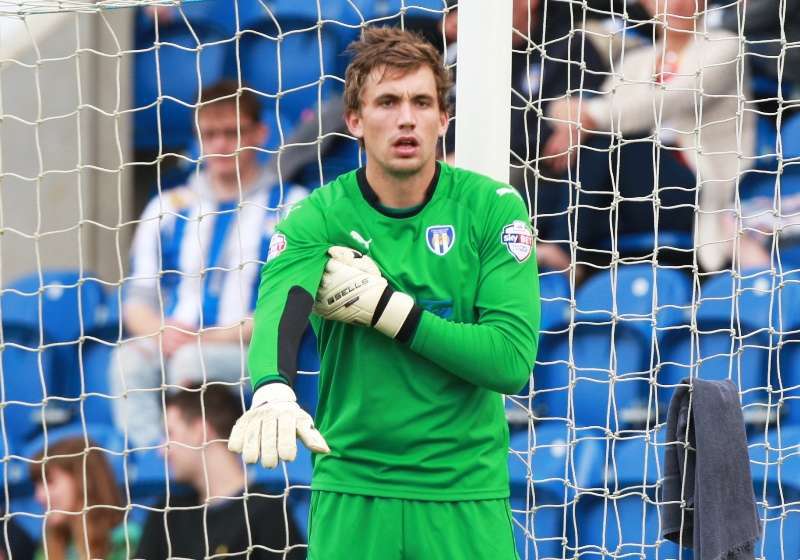 The first game I saw live was Ipswich v Manchester City in October 1997. It would have been for my sixth birthday and, because my dad and his mates are Ipswich fans, I was roped into that as well – not that I regret it. We won 1-0 and Alex Mathie scored, so I remember that one quite well. It was very exciting.

After that day, it was Alex Mathie for scoring that winner! From a goalkeeping point of view, Richard Wright was my first hero, which was when he was a young lad at Ipswich before he went off and got his big move to Arsenal.

It was definitely a black pair. My dad was a Sunday league player and he gave me a pair of Adidas World Cups. I wore them for years before I could bring myself to get another pair of them. Actually, it was only when I got into the academy that I realised there was a whole other world of boots out there!

It would have been an Ipswich kit that I was given for my birthday and wore to that first game. It had the Fisons sponsor and may have been my dad’s old shirt from the early 90s that was passed down to me. I then had a new kit for the next five or six years.

I have not scored a goal, but I have been up for plenty of corners, certainly in the last few relegation-threatened years, when we have been chasing a goal. I have got close to a couple and I don’t mind doing it, but I don’t enjoy the 70-yard sprint back to my own goal! It would be great to do it one day.

I have saved a few penalties and I’ve made a few at quite important times. In my first period at Colchester United, I saved a penalty against Leyton Orient which was fairly pivotal. We won the game and stayed up, so that one sticks out. I also saved one in an FA Cup game against Peterborough in 2014. It put us through to the third round.

It was my fourth or fifth game as a professional, I was on loan at Barnet, where I was sent off for two bookings. One was for time-wasting and one for throwing the ball away. At the time, I didn’t think much about throwing the ball, but the Crewe players pointed it out to the referee and then I knew what was coming! It was not a pleasant experience, especially with Martin Allen as manager, but we managed to hold on for the win and he was very good with me afterwards.