McMahon’s spot-on for Bantams in both thirds 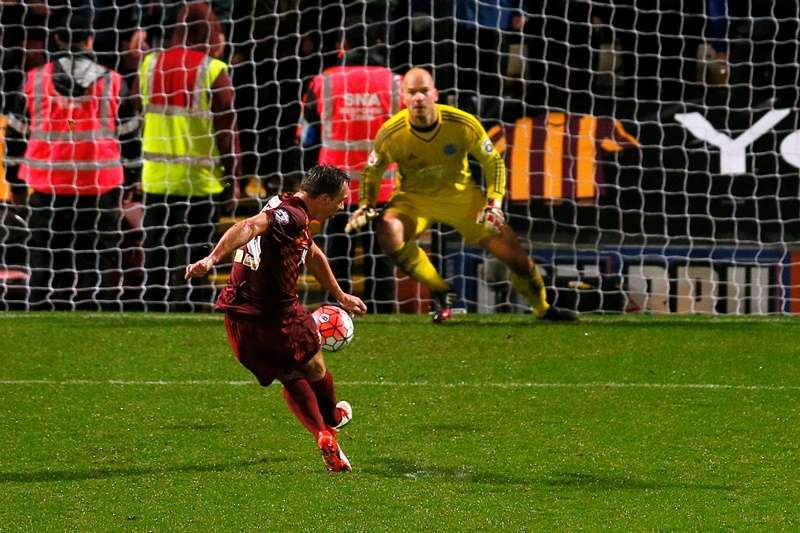 TONY McMahon is enjoying his most productive campaign after being involved in a third of promotion-chasing Bradford City’s goals this season.

But it’s performances at the other end of the pitch that give the midfielder belief the Valley Parade faithful will be enjoying Championship football next term.

Heading into yesterday’s clash with Scunthorpe, Bradford had the joint lowest record for goals scored in the top half of League One. They are on 45, along with 12th-placed Port Vale.

And, of those 45, McMahon – who signed permanently in the summer once his contract at Blackpool expired – has played a part in exactly a third. He’s scored four and set up a further league-best 11.

The 30-year-old also chipped in with a goal in a 2-0 FA Cup victory over Aldershot back in November, to ensure this term is easily his best-ever campaign in terms of finding the net.

But, while goals might be hard to come by for the Bantams, the same could be said for their opponents. The club went into the Scunthorpe clash having accrued the joint third-best defensive record in the division.

McMahon insists it is their ability to shut up shop that can lead Bradford back up to the second tier of English football after more than a decade’s absence. 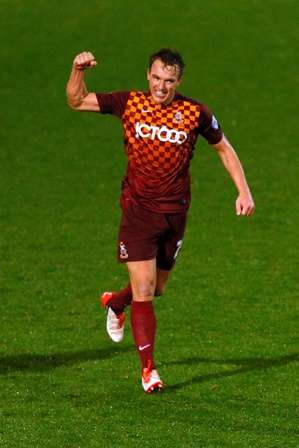 “It’s been a really good season for me personally and I am just enjoying myself. I’m happy to be playing every week,” said McMahon, who made more than 100 appearances for Middlesbrough at the start of his career.

“I have been getting a few plaudits of late for my assists, but it is not something I am really thinking about. I am just getting on with the job I have to do.

“And it’s the same for the goals. I have scored more this season than I’ve ever done but it was not one of my aims going into the campaign.

“But I chipped in with a few before Christmas and it is something the manager, Phil Parkinson, is putting pressure on me for now because he thinks I can get more.

“I think that makes me the second top scorer this season, but while we aren’t hitting three or four goals each week we pride ourselves on being hard to beat.

“Our goalkeeper, Ben Williams, broke the Bradford record for number of clean sheets this season already, and our back four have been immense. We are also a very fit side and that is down to the gaffer and his hard work.

“We would love to win 3-0 each week, of course we would, but if we could win 1-0 each time I would take it. We are happy to go about our business quietly.”

While Bradford might be the silent assassins when it comes to earning promotion from League One, there is nothing quiet about their fans this season, with the average Valley Parade crowd at just below 18,000.

This is only bettered by Sheffield United and, with the Blades heading into this weekend in 13th, McMahon is adamant the Bantams’ support could play a major role come May.

“Having 18,000 fans behind us each week is a huge boost and we are all really eager to give them even more to cheer about,” McMahon added.

“The fans have been brilliant all season and, when we went away to Bury, our fans filled both ends of the stadium, which was crazy. I had never witnessed that before.

“We have almost 3,000 fans travelling to away games and they give us confidence ahead of a potential play-off campaign.

“Knowing that [teams] have to come to our place, where the fans give us the confidence to beat anyone, we are not worried about the lottery of the play-offs. We are ready for anything.”