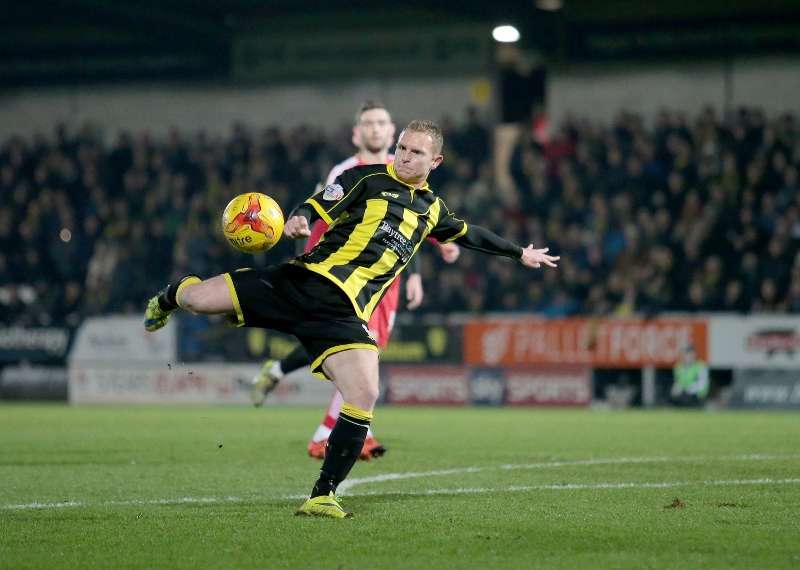 I went to watch my dad, Stuart, in the Simod Cup final in 1988. I must have been about four, so I don’t remember any of it, but he was playing for Reading against Luton. They won 4-1 and he scored a penalty. He went on to Northampton after that and I used to watch him all the time. As I got older, I started to give him a bit of stick!

Paul Gascoigne (pictured). I just loved the way he played. He was a brilliant player, an entertainer and a great character, too. Almost every game he played he was head and shoulders above everyone else on the pitch. I grew up wanting to play like him and in his position, just behind the strikers.

My first ones were a pair of Patricks that my dad bought me. I was probably about five and I was always nagging him to get a pair. I think they were the ones he wore, so he got me some of them, too. Like father, like son!

I am a Chelsea fan now, but when I was a young kid I used to support Manchester United and my first kit was one of theirs. It was a red home kit, around the same time I got the boots. I supported them for quite a long time, but my Uncle Peter was a big Chelsea fan and, when I got a bit older, he used to take me to some of the game. I ended up switching allegiances when I was 12.

I was at Weymouth and I joined Wycombe in February 2009, when I was 25. I made my debut against Rotherham. It is a bit of a blur, but I remember playing in a shirt that was large and I was tiny. I came off the bench with about half an hour to go and we ended up drawing 0-0, but I thought I had done all right.

That didn’t arrive until early the following season, against Hartlepool. It was a good game and a tight one. I scored early in the second half to put Wycombe ahead. It was from about 25 yards as well – a low shot into the bottom corner. I didn’t know what to do afterwards, but it was a special feeling. It was a shame it wasn’t a winner, though, because they equalised later.

I got sent off a couple of seasons ago when I was playing for Preston, against Barnet in the FA Cup. We actually won the game 6-0 but, typical striker, the ball went across my body and I slid in dangerously. I didn’t touch the lad, but when he saw the ref looking over he went down! I’ve only had one more since then – I used to have a bit of a gob on me, but I’ve calmed right down now.