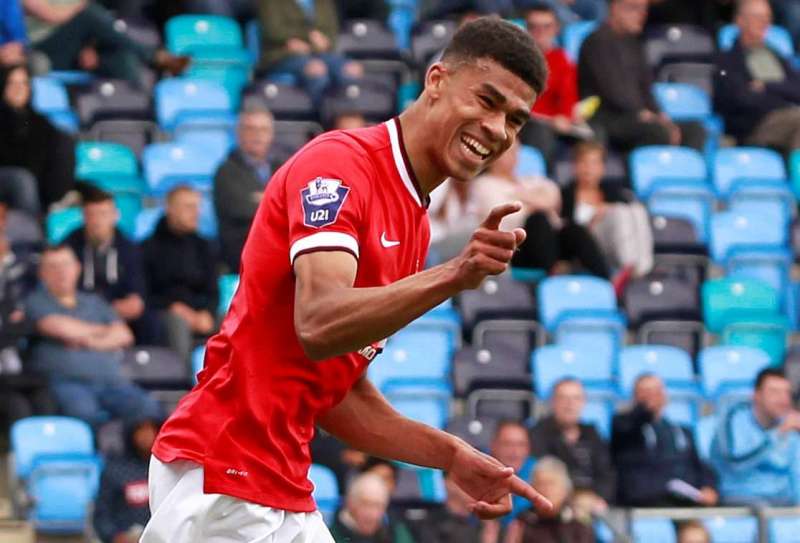 IF ALL goes to plan, Ashley Fletcher will be linking up with Wayne Rooney and Anthony Martial in the near future – but for now he’s thriving alongside an on-fire Sam Winnall.

A Manchester United youth product, Fletcher arrived on loan at Barnsley earlier this month and began in style, netting on debut as the Tykes drew 1-1 with Fleetwood in the Johnstone’s Paint Trophy northern final first leg.

They travel to the Cod Army on Thursday for the second leg and after extending his loan spell until the end of the season earlier this week, Fletcher is eyeing up a trip to Wembley.

But the 20-year-old is also looking to soak up the wisdom of Winnall, who began the weekend with eight goals in his last five league games for the Yorkshire side.

“Since I’ve come in, Sam has taken me under his wing and he’s helped me a lot with advice on what it takes to play in this league,” said Fletcher.

“Playing in his position, I can only look to him as he’s on fire at the moment. I’ve been watching him, I’ve been playing alongside him, I’ve been feeding him the ball and assisting him, and I’m trying to build a really good partnership. He’s someone that I’m really looking to learn from.

“My main aim is definitely still to make it at United, I feel I’m very much part of the plans there. I’ve come to Barnsley to get the league experience and get games under my belt. And when I return, I think I’ll be all the better for it.

“It would be a huge bonus for me to be part of a final if we get there, it doesn’t matter who you are – any player dreams of playing at Wembley and if we get the job done I would love it.

“We’ve only done half the job, and hopefully going to Fleetwood next week we can finish it.” 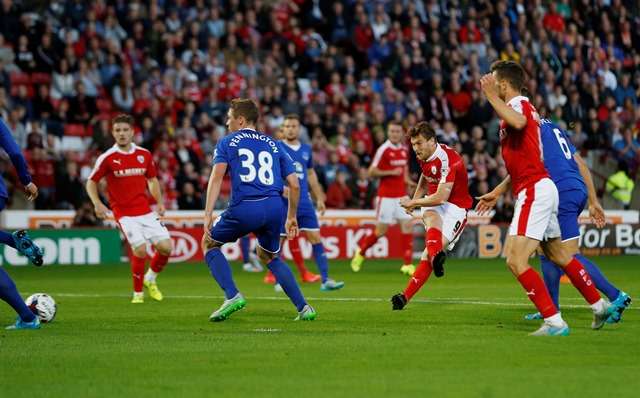 Fletcher initially arrived at Oakwell on a one-month deal earlier this month and the news that it has been extended is music to the young striker’s ears.

The Fleetwood game was not just his first game for Barnsley, but his senior debut and he followed that up by helping the Tykes to three straight league wins.

That run of form has seen them ease away from the bottom four and creep towards the play-offs and Fletcher’s extension comes as a boost to their promotion hopes.

However, he may not have arrived at Barnsley in the first place if not for the recommendation of fellow United youngster Joe Rothwell and former Red Devils midfielder Ben Pearson, who both enjoyed loan spells there as recently as this season.

“I spoke to them both and they had kind words to say about the club, that it’s very family-orientated and that the fans were great, and if I’m looking to go out then it would be a very good place for me to be,” added Fletcher.

“The challenge has been good, just playing different types of positions and the experience of playing against men has really helped.

“It’s something you have to adapt to, playing against opponents who can be bigger and stronger than you, but it’s something I’m relishing.

“I got the stage where I needed to go out on loan and get some experience.”

*This article was originally published in The FLP on 31 January 2016.