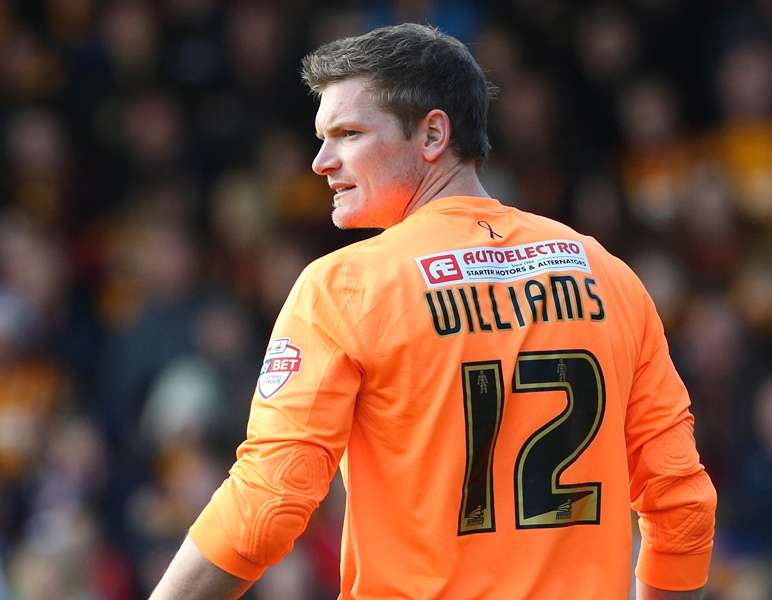 With nine clean sheets in his last ten games, there has been no beating Ben Williams over the past few weeks – a sentiment that defines the goalkeeper who defied doctors after defeating a life-threatening illness.

During his time at Crewe Alexandra, Williams was rushed to hospital after being struck down with a serious case of meningitis. With his life in the balance, the shot-stopper battled through the disease and returned to football just a few months later ready to prove some of the doctors wrong who told him his playing days were over.

“If you were to listen to the doctors at the time they would have said there was no chance I’d still be playing now,” the 33-year-old told The FLP.

“My family deserved the plaudits as they had to deal with all the news when I was in a medically induced coma – they had it the hardest.

“It’s just sheer hard-work and determination that I would be playing again that got me through, and at the time the staff and the club doctors at Crewe were fantastic with me. We battled through it for a couple of months after the illness with a couple of blood clots on the lung that cropped up from nowhere, and the next pre-season I was back ready to go.

“When people doubt your chances, you set out to prove them wrong. It’s a barrier put in front of you that you want to go past. Anyone who knows me will know I have a determined work ethic and am professional in the way I go about things.

“It’s one of those things that once you’re through it, you never look back.”

Having come through Manchester United’s academy, Williams joined Crewe after his release from the Red Devils at the age of 22 and went on to spend four seasons at Gresty Road before turning out for Carlisle, Colchester and Hibernian.

Williams has proven quite a hit at  his most recent clubs after winning ‘Player of the Year Awards’ during his time at Carlisle and Colchester, and believes he is improving with age.

“I’m a passionate player and the fans know I’m honest – I give my all every single time I play. If that results in awards then so be it,” he said.

“It’s not something you set out to get but ultimately it’s pleasing as I must be doing my job right. I think I’m at my peak now; I feel I’ve been playing consistently well for five or six seasons.

“I’ve been working hard and the stats are starting to show that.”

With Bradford looking to make a push for the League One play-offs, Williams has been left thrilled with his side’s sensational defensive record in recent weeks – but is happy to share the credit with the rest of his team-mates and coaching staff.

He said: “The team have been on a great run with only two defeats in the last 15 games and nine clean sheets from the last ten.

“Defending starts from the front and works all the way back. The whole team have worked so hard in every game and it’s shown with our results.

“This is the best run of consecutive clean sheets I’ve ever had; when I was with Colchester pushing for the play-offs we had something like 16 or 17.

“But the sheer amount we’ve had over such a short period of time at Bradford has been fantastic and testament to the hard work that the goalkeeper coach Lee Butler puts in.

“I’m my own  harshest critic so I like to keep myself on an even keel no matter what’s going on, but I have to admit I’m delighted with how things are going and looking forward to the rest of the season.”

*This article was originally published in The FLP on 27 December 2015.