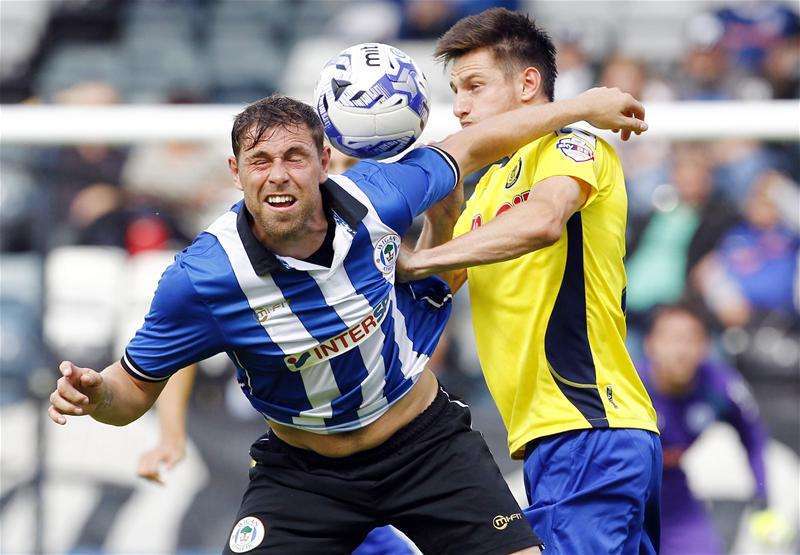 Striker Grant Holt has had his loan at Wolverhampton Wanderers cut short and will return to Wigan Athletic.

The 34-year-old was due to return after Wolves’ trip to Brighton on 2 January, but after four appearances off the bench throughout his time at Molineux the veteran will now play a part in the Latics’ push for promotion.

Holt, who has a goals per game ratio of 1 every 3 games in his league career and has made 20 appearances for Wigan since joining from Norwich City. The loan termination means he will be available for the Saturday’s trip to Glanford Park when Wigan take on Scunthorpe United.

Wigan boss, Gary Caldwell said: “It will be good to have an experienced forward like Grant back with us.  The competition is intense for our forward positions, and he will only add to that.

“Grant’s kept himself fit during his time with Wolves, so he’ll be ready to compete for a place.”

Wolves manager Kenny Jackett said after Monday’s win against Charlton: “His (Holt’s) loan is up this week and I’ve said to him that we won’t be extending it.

“So for us now we thank him for what he’s done; he’s come in at a busy time when we’ve needed cover for our forward players, and then I was deciding in terms of my forward options to go with Adam Le Fondre and Bjorn Sigurdarson.”