Leeds and Newcastle the last survivors in EFL Cup 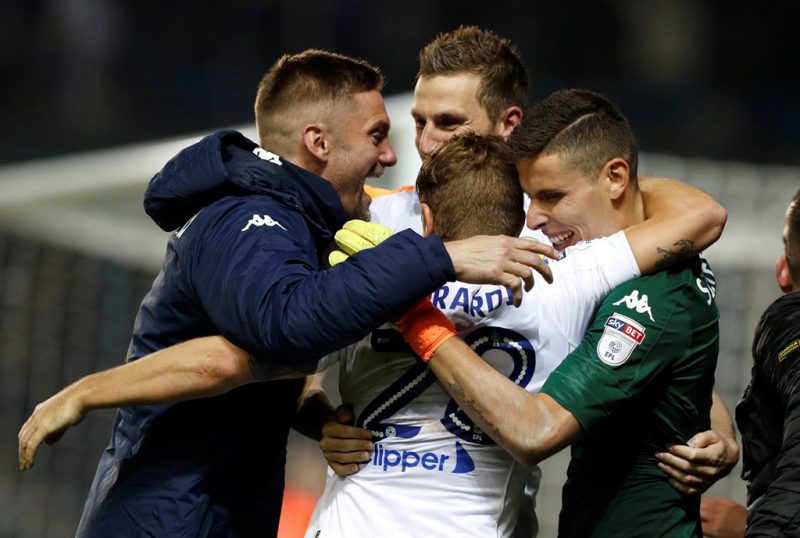 LEEDS and Newcastle will fly the flag for the Football League in the quarter-finals of the EFL Cup – and both face Premier League opposition away from home.

Garry Monk’s Leeds face a daunting trip to Liverpool, who beat Tottenham 2-1, at the end of November, while red-hot Newcastle will fancy their chances of winning at top-flight strugglers Hull City.

Leeds had an almighty battle with Norwich City on Tuesday to win through to the last eight. In the all-Championship battle, Alex Pritchard’s early strike gave the visiting Canaries the lead, but Marcus Antonsson levelled for the Whites just before the break.

It looked as though the momentum was in Norwich’s favour when United were forced to play extra-time with ten men following an injury to Lewie Coyle.

That was even more the case when Nelson Oliveira restored their lead in the 99th minute, though Leeds dug deep to level through substitute Chris Wood ten minutes later.

United boss Monk couldn’t bear to watch the penalties, but he needn’t have worried.

Keeper Marco Silvestri pulled off three saves, before Ronaldo Vieira netted to give the Elland Road outfit a 3-2 shoot-out win.

A jubilant Monk said: “Everyone should be very proud of those players because they gave everything. They were all heroes.”

If Leeds had to fight every step of the way, then Newcastle couldn’t have had an easier ride.

The Magpies crushed Preston North End 6-0 in another all-Championship tie to continue their impressive form.

When Preston’s Alan Browne was sent off for elbowing Jack Colback six minutes later, the visitors were in the mire – and rampant Newcastle showed no mercy.

Mohamed Diame – who will take on former club Hull in the next round – bagged two goals, Mitrovic got another and Matt Ritchie, from the penalty spot, and Ayoze Perez joined in the fun.

Two other Championship sides were knocked out. Bristol City lost 2-1 at home against Hull, Lee Tomlin netting a late consolation, while Jaap Stam’s Reading went down 2-0 at Arsenal. Alex Oxlade-Chamberlain netted both for the Gunners.